Breakfast was so good the previous morning we went back to the same place.

This day we went to the tiny town of Tsuwano.  The driver was similarly pretty as the drive to Hagi with farms and houses tucked in to little valleys.

Inside of the town of Tsuwano is a small canal that is full of koi.  This is left over from when there were feudal wars in Japan and the water in the canal could be drank and the fish eaten if the town were under siege.  The canal is maintained today for aesthetic purposes and was really pretty.

We walked along the pretty streets to the path to the temple which was marked with a series of red torii gates or arches that wind up the hill. 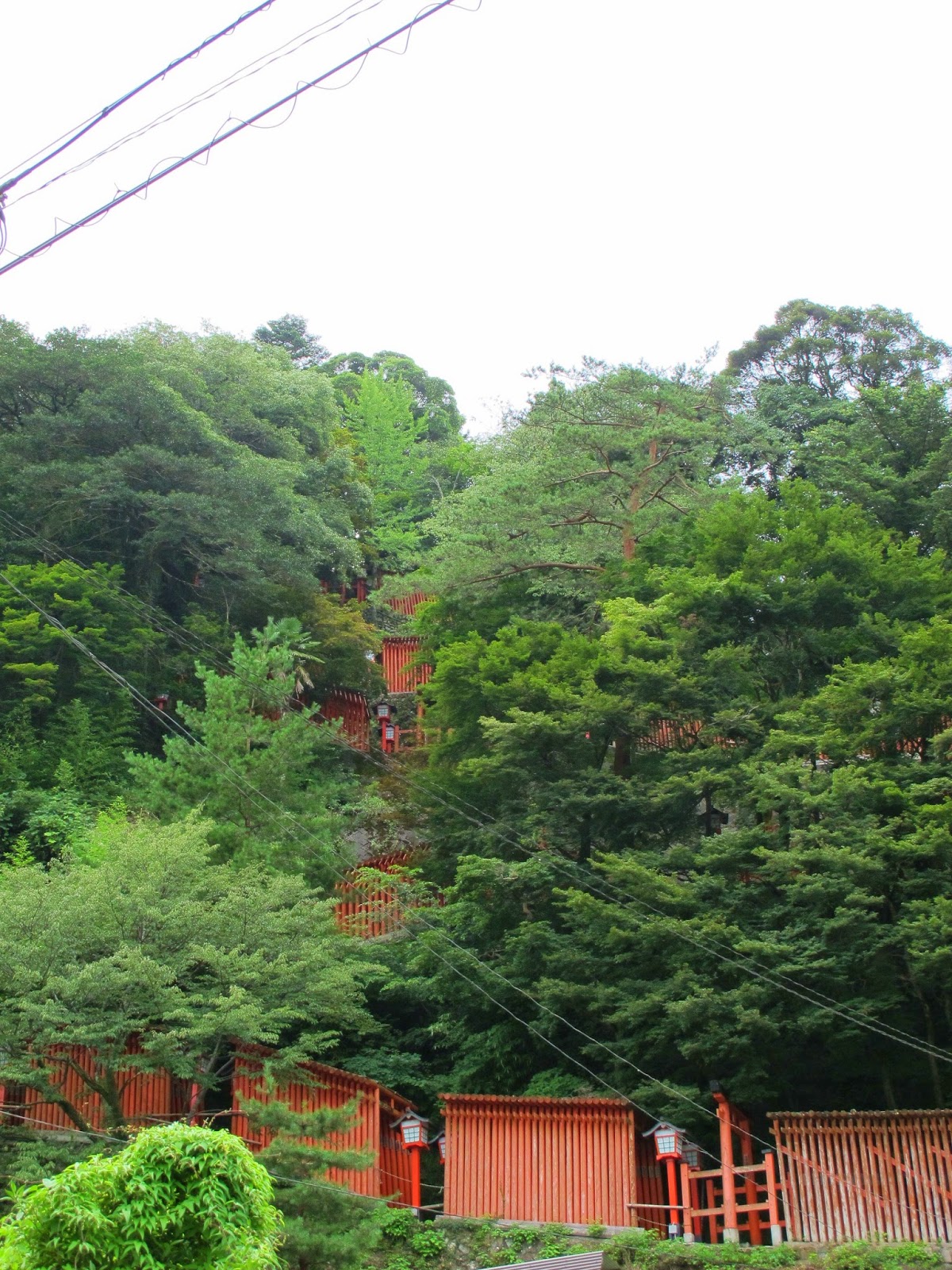 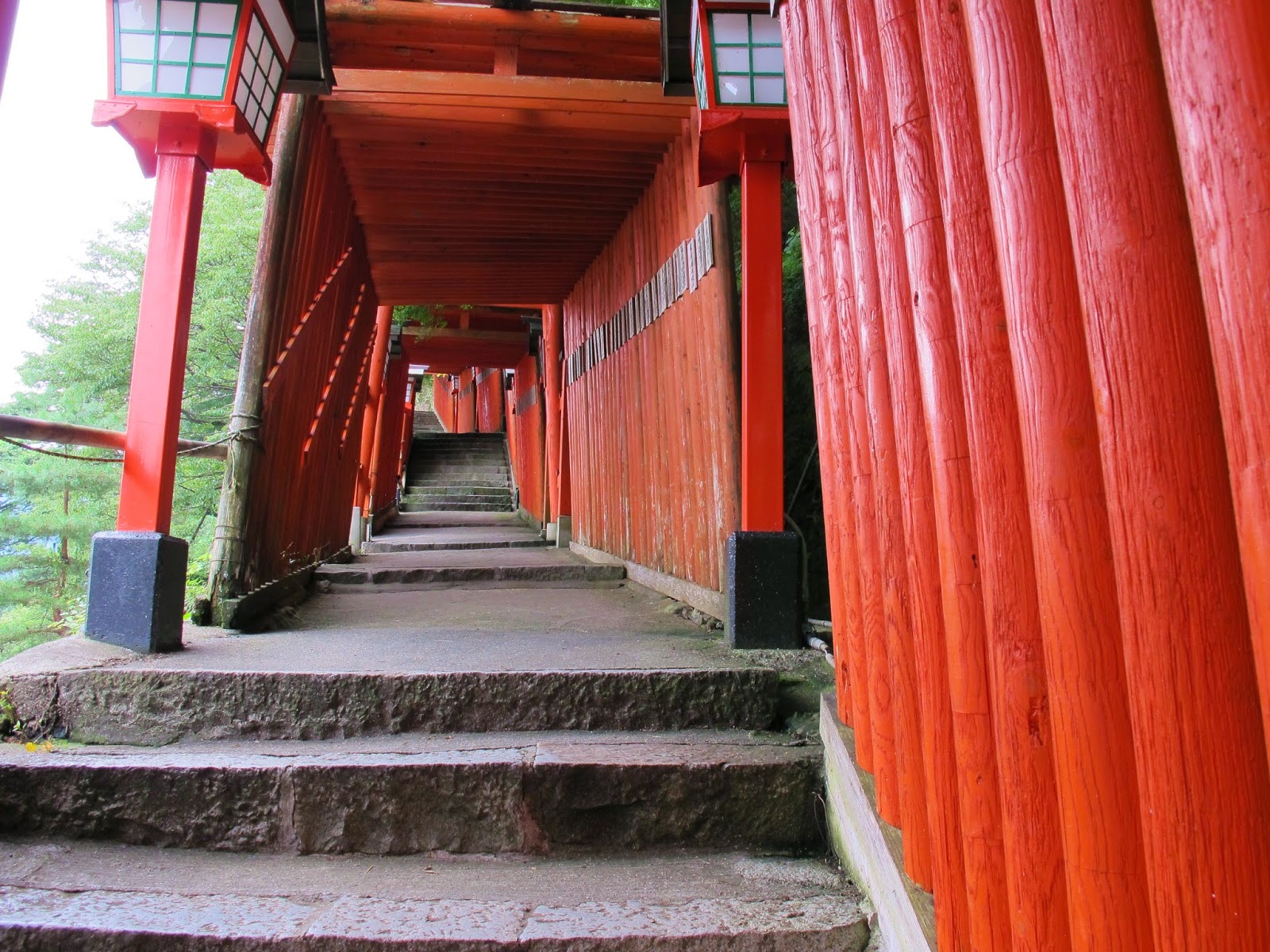 After being eaten alive yesterday I was worried about mosquitoes but fortunately we didn't have any problems with our hike up to the shrine.  The view from the top was amazing. 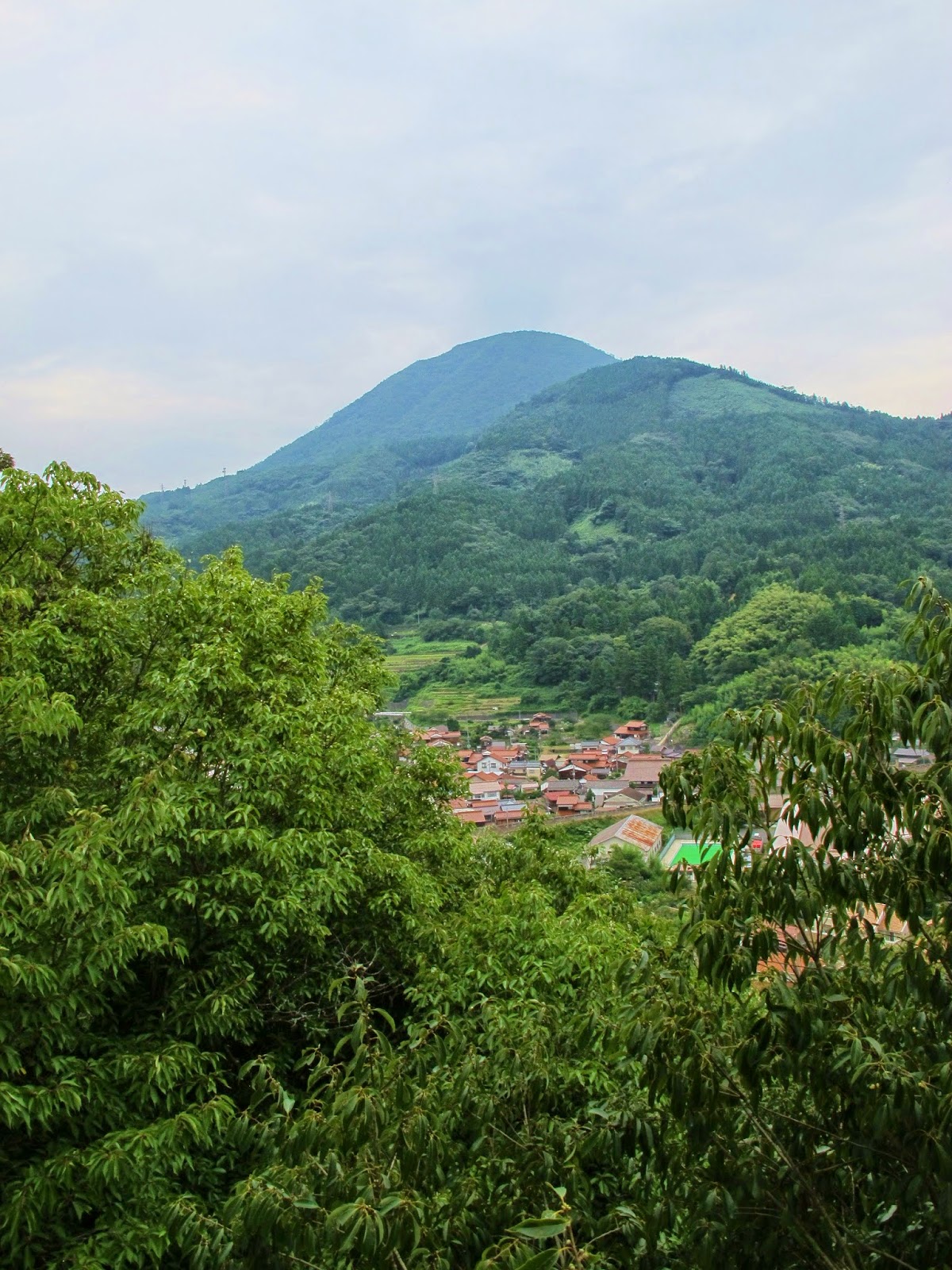 And the shrine was very pretty. 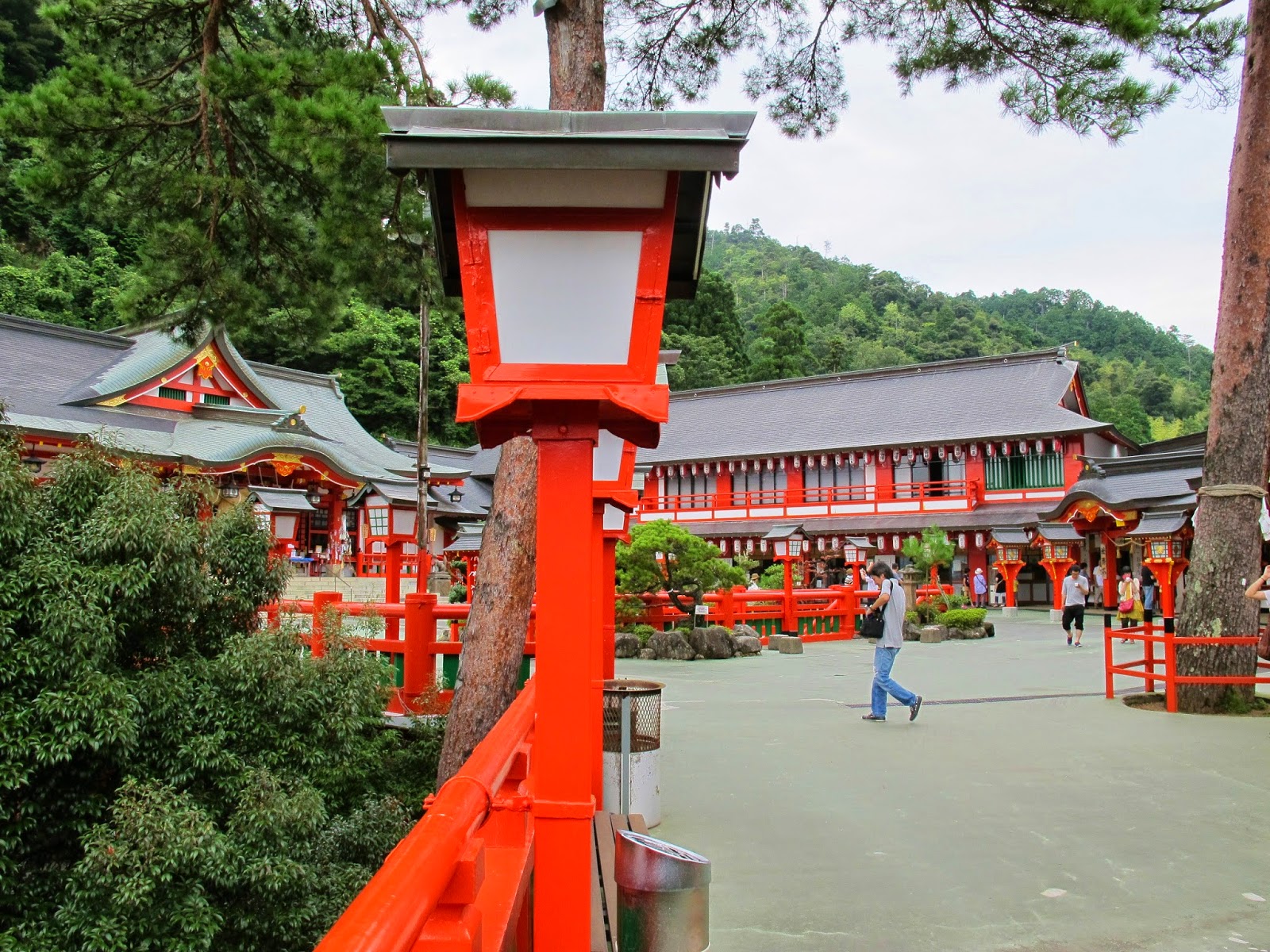 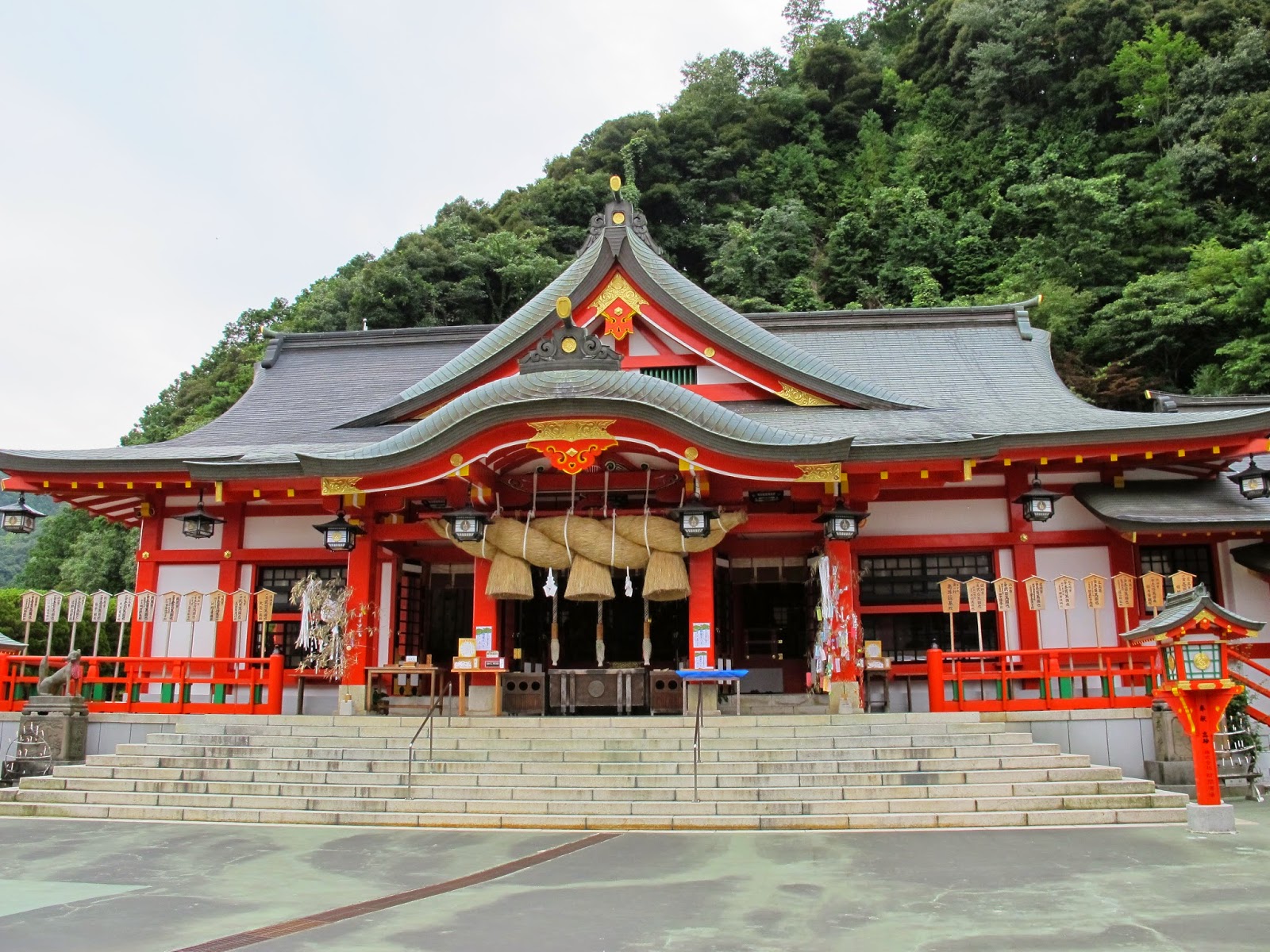 After walking back down and wandering the town (we managed to find some really unique tea cups to go with the tea pot I got yesterday and some ice cream since it was really really hot and humid which makes ice cream the perfect lunch choice) it was time to head home.

Being away from the apartment for a couple of days was actually really nice.  It made it feel more like home since we were coming "home" to it after being away.  We are still in the process of adding touches to make it feel more like home with pictures and color and simple things like napkins (not something that is really used in Japan but makes Jeff and I really happy) and throw pillows on the couch.  I'll give the apartment tour next blog and talk about some of the oddities of living in a Japanese apartment, it's been a little bit of an adjustment.  :-)
Posted by skysworldadventures at 8:35 PM