The town of Saijochou has a several famous sake breweries and every year in mid-October there is a sake festival.  It is a 2 day event that brings around 100,000 people to Saijo to enjoy sake and the street food.

This all happens about a mile from our apartment.  Saturday was a beautiful day.  We walked down in the early afternoon and met up with some of our ex-pat friends.

While we were trying to find our buddies we ran in to a parade of people playing musical instruments.  It was a mix of kids and adults. 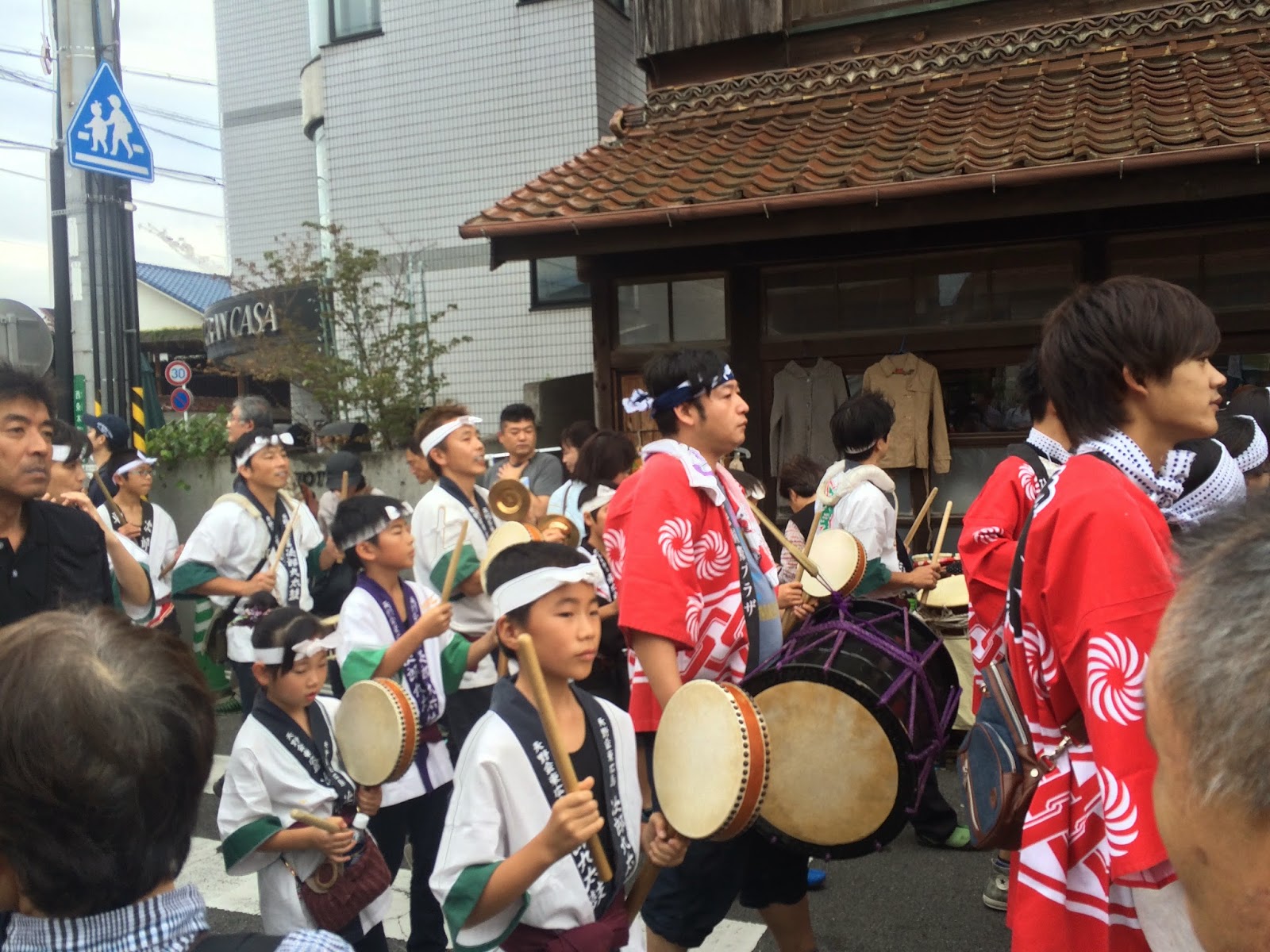 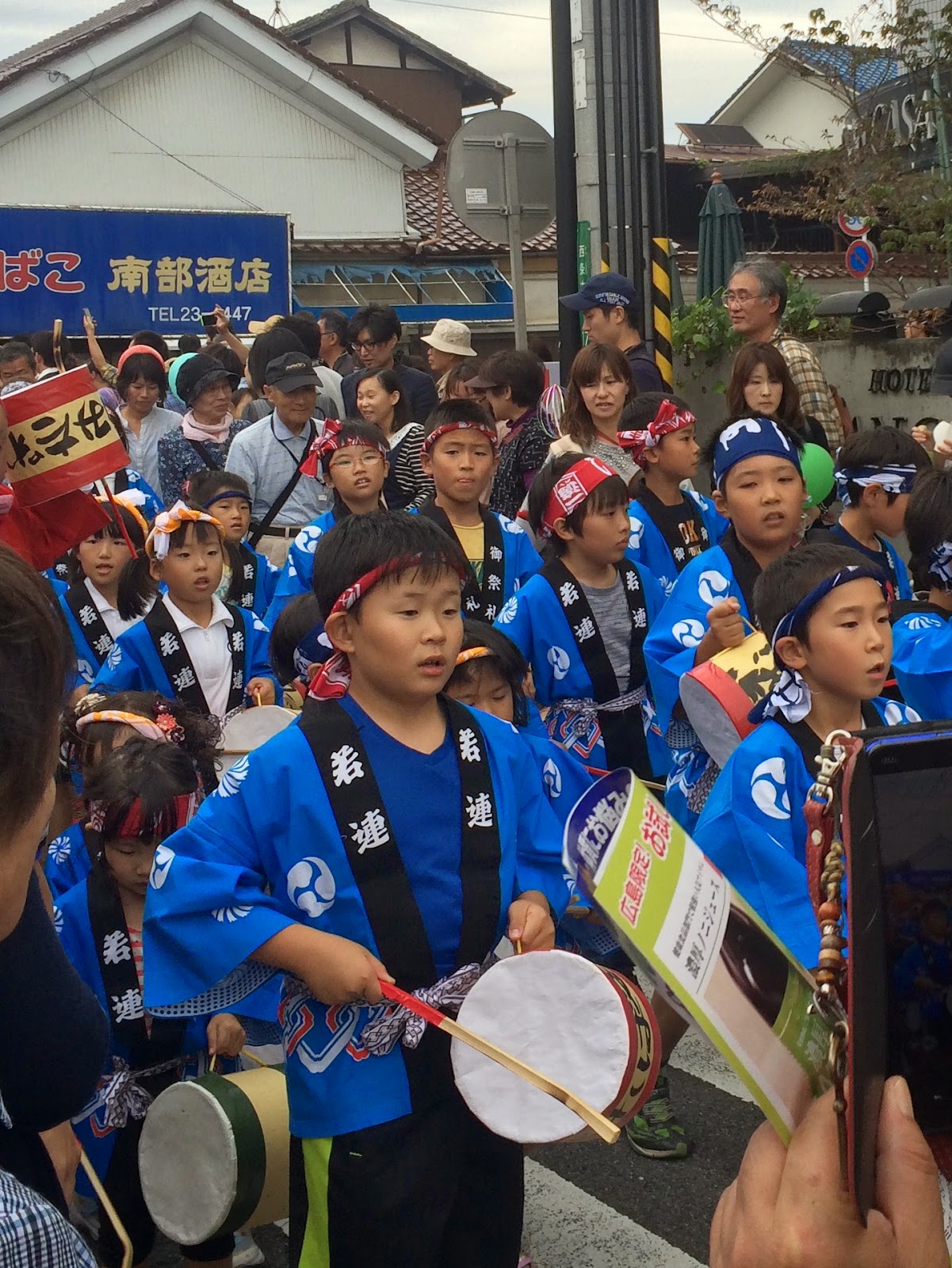 The sake breweries sell sample to festival goers and sell full bottles as well.  It was a little bit like a wine tasting tour would be if all the wine sellers had their tasting rooms on the same street and they only did wine tastings and opened their doors for one weekend a year.

Once we found our friends they decided to check out a brewery that was doing tastings out of cedar boxes (and you got to keep the box).

I wish I would have taken more pictures of the food stalls and the happening but it was pretty crowded and I'm really short.  Here is an idea of the number of people that were there. 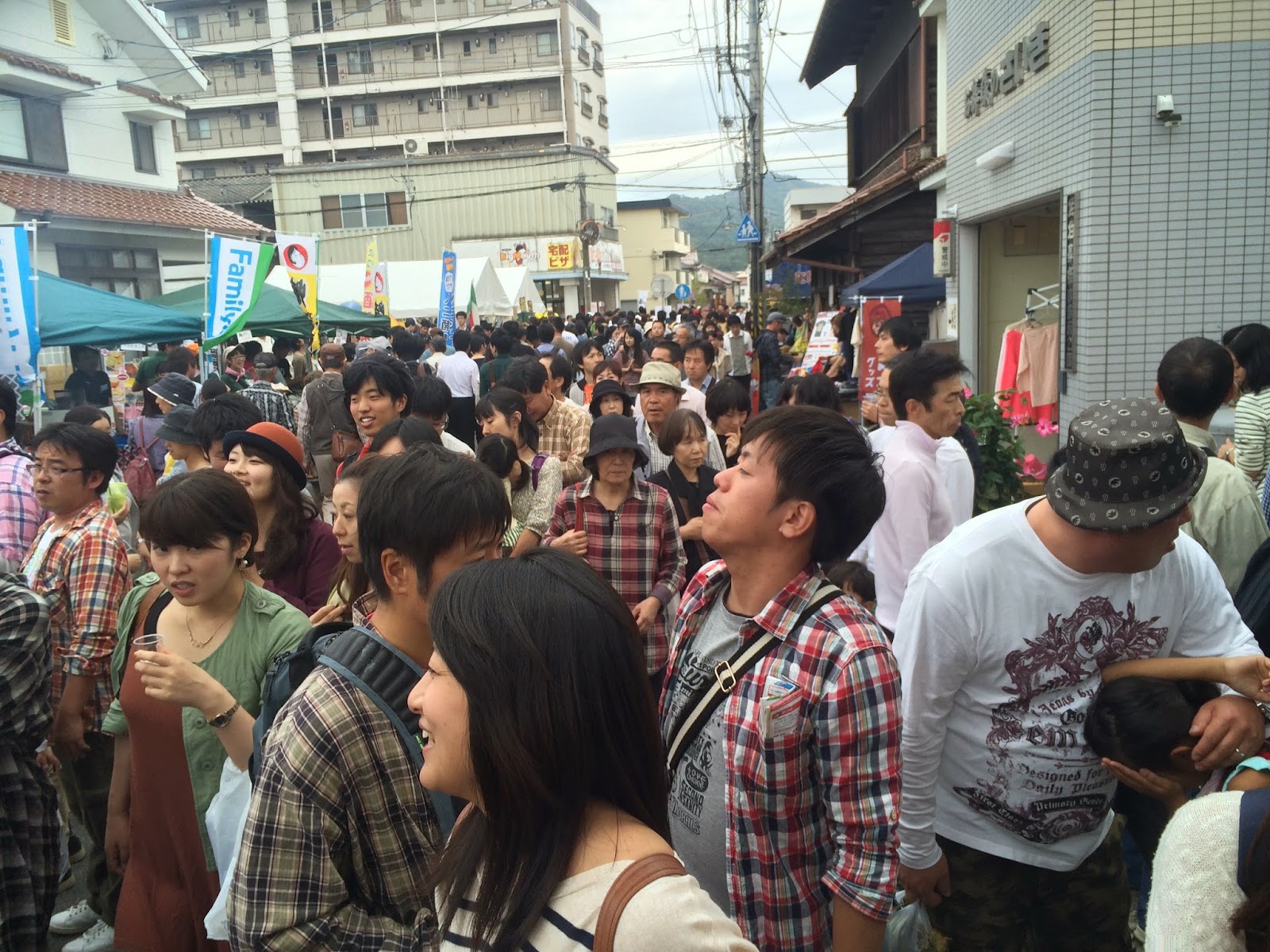 Walking was a slow shuffle at best.  It was all very organized.  They had the streets blocked off and an officer at every major intersection.  The streets had cones and dividers in the center of the street to keep the pedestrian traffic moving.  Food stalls selling everything from squid on a stick, berries in Jello, waffle-looking things on sticks, fruit, grilled oysters, fish on a stick, octopus, sweet potatoes, and even some bratwurst.  There were also a couple of places to get beer as well as sake.

All and all it was some fantastic people watching.  If you are ever in the area during the festival it is definitely worth going to.
Posted by skysworldadventures at 12:41 AM