Compared to the first day, the rest of my excursion to Nagano Prefecture was much less complicated.  All I really did was snowboard and eat.

My first day on the Nozawaonsen mountain began with 5 inches of fresh snow overnight.  After a quick breakfast at the hotel (toast and eggs), I headed up to the base of the main gondola, bought a 2-day lift ticket and rented a snowboard.  I have one in Boise, but it stayed there because it's old and I figured anything I'd rent would probably be newer and better quality--not worth taking up valuable storage space in our apartment.

Once I got underway, it was a great day on the mountain.  With the exception of different languages being spoken on the lifts, snowboarding in Japan is very similar to snowboarding in the US.  The first day I learned my way around as it's a fairly large ski area and found some fun places to ride through the trees.  Being used to pine trees, it's quite interesting riding through trees that have lost their leaves.  It makes it a lot easier to see where you're going.  Both days of boarding had similar snowy/white out conditions, which didn't make for very good pictures, but made for excellent powder.  On my second day I woke up to 18" of new overnight snow!  That was the biggest powder day I've ever experienced.  Fortunately I only got stuck a few times.  Here's a few random pictures from the mountain. 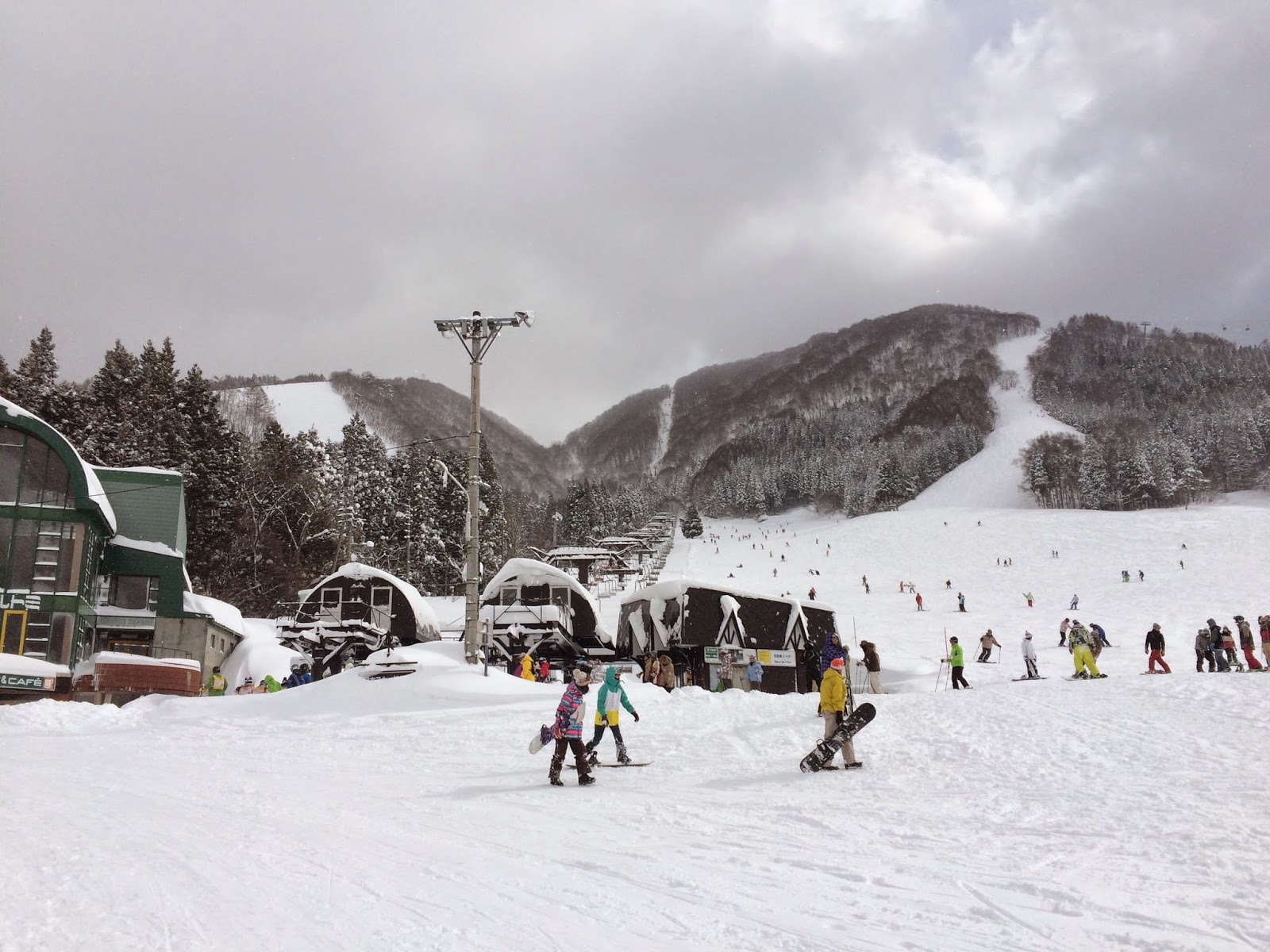 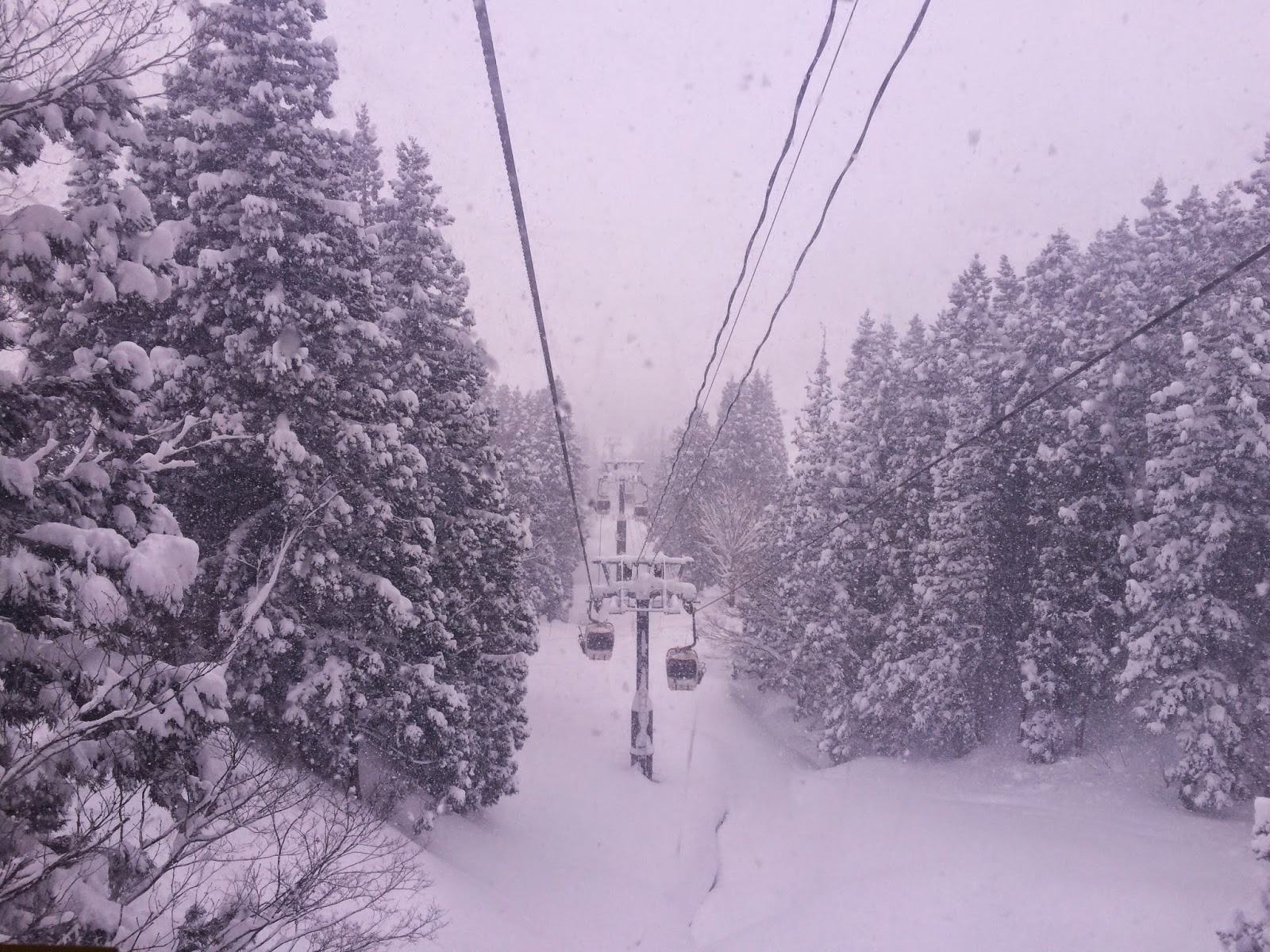 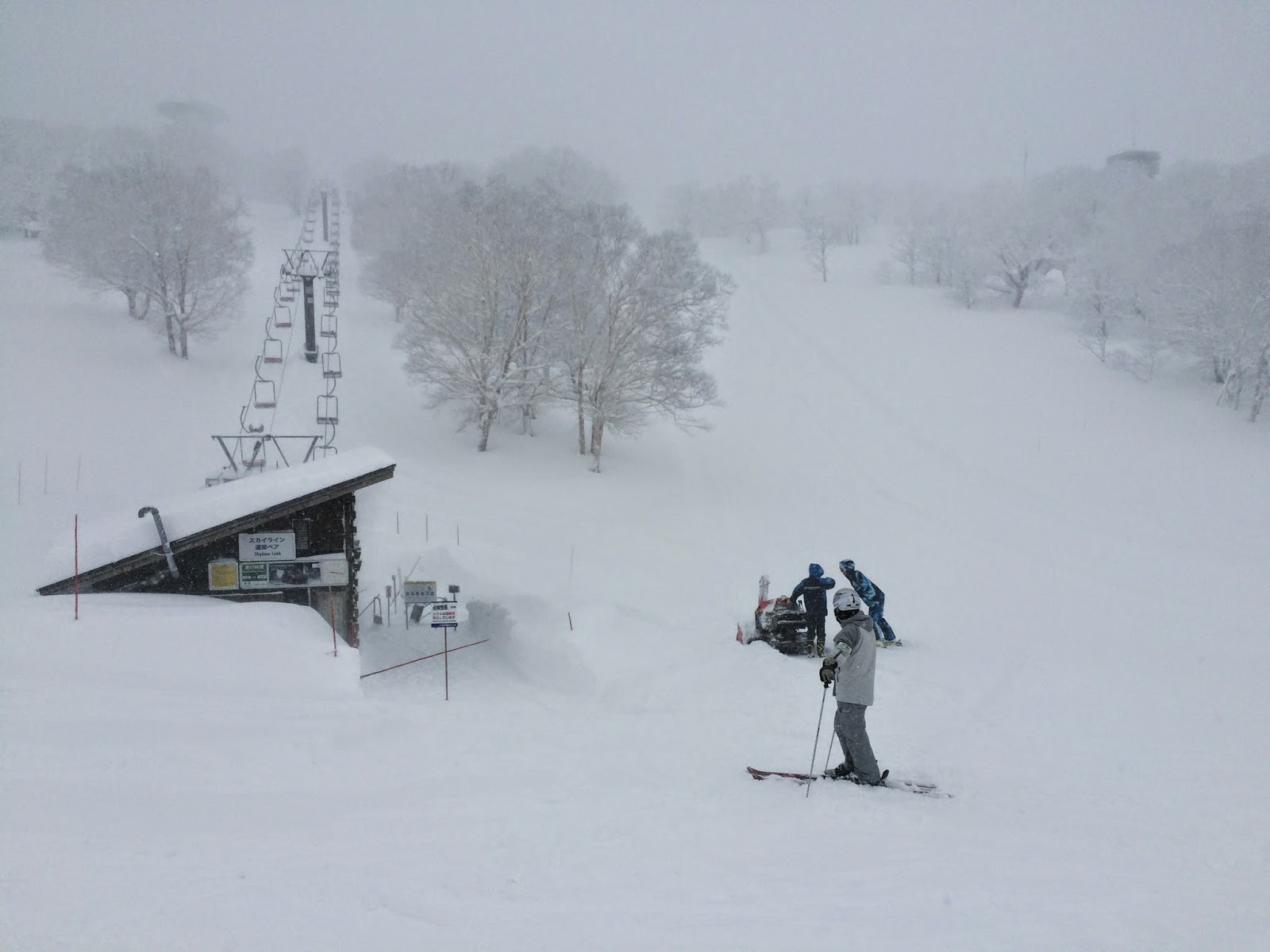 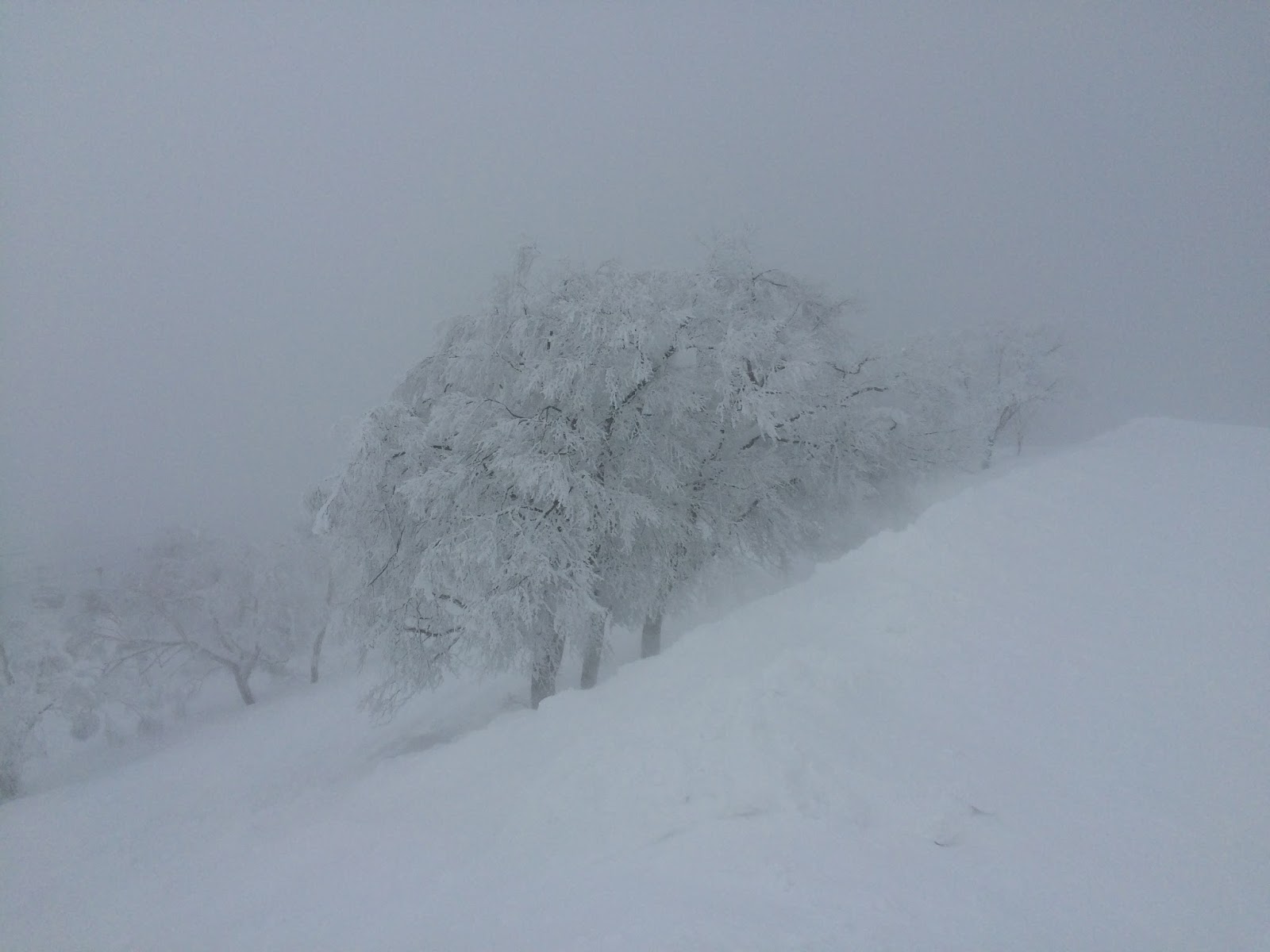 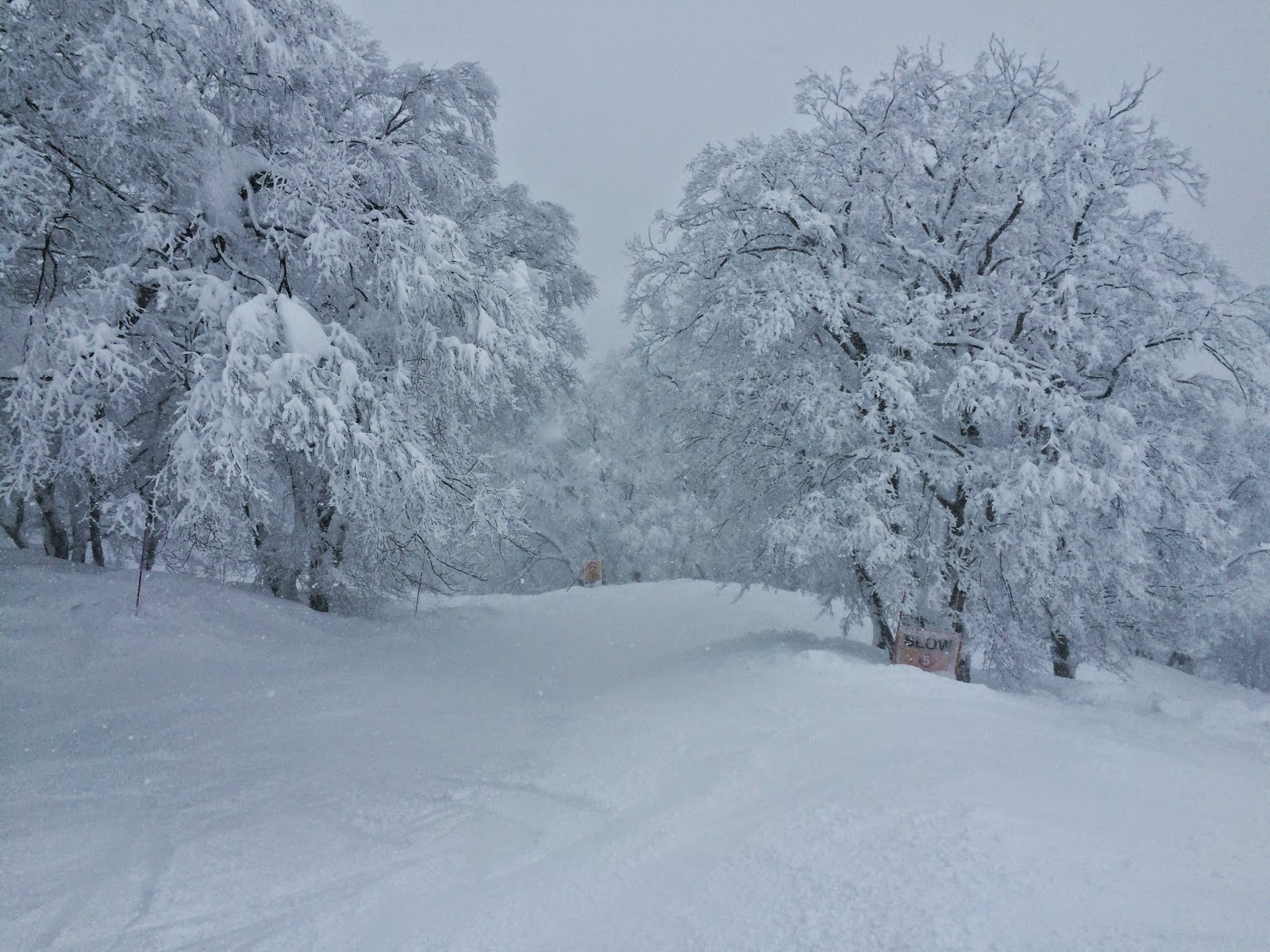 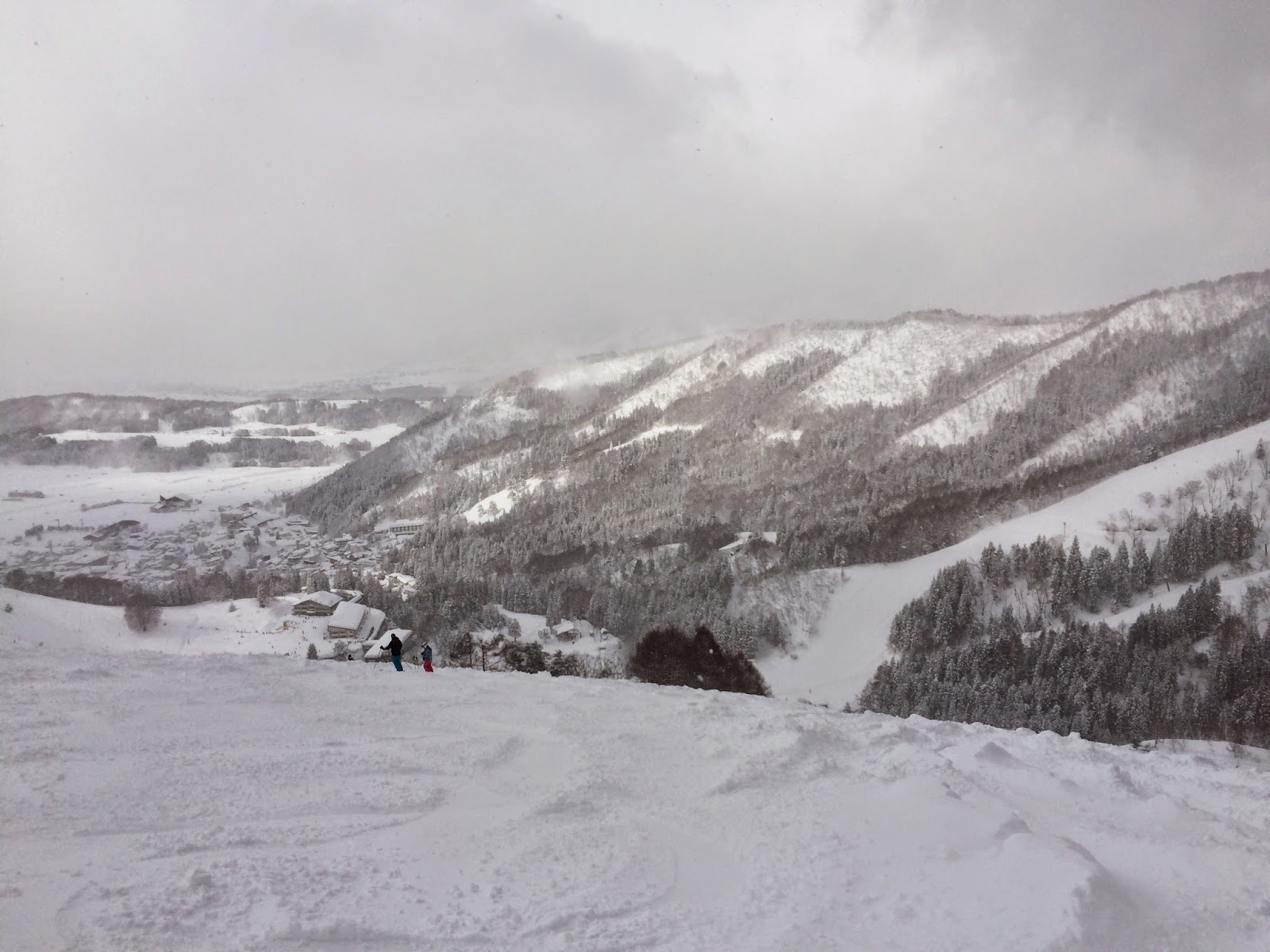 When I wasn't on the mountain, I was meandering around town or eating sushi.  Since US doctors don't think pregnant ladies should eat raw fish, Sky and I haven't been going out for sushi.  I made up for that during my trip by eating sushi all 3 nights.

The town of Nozawaonsen was an idyllic resort town/traditional Japanese hillside village.  Very picturesque in all of it's snow covered glory.  Here's some town shots from my wanderings. 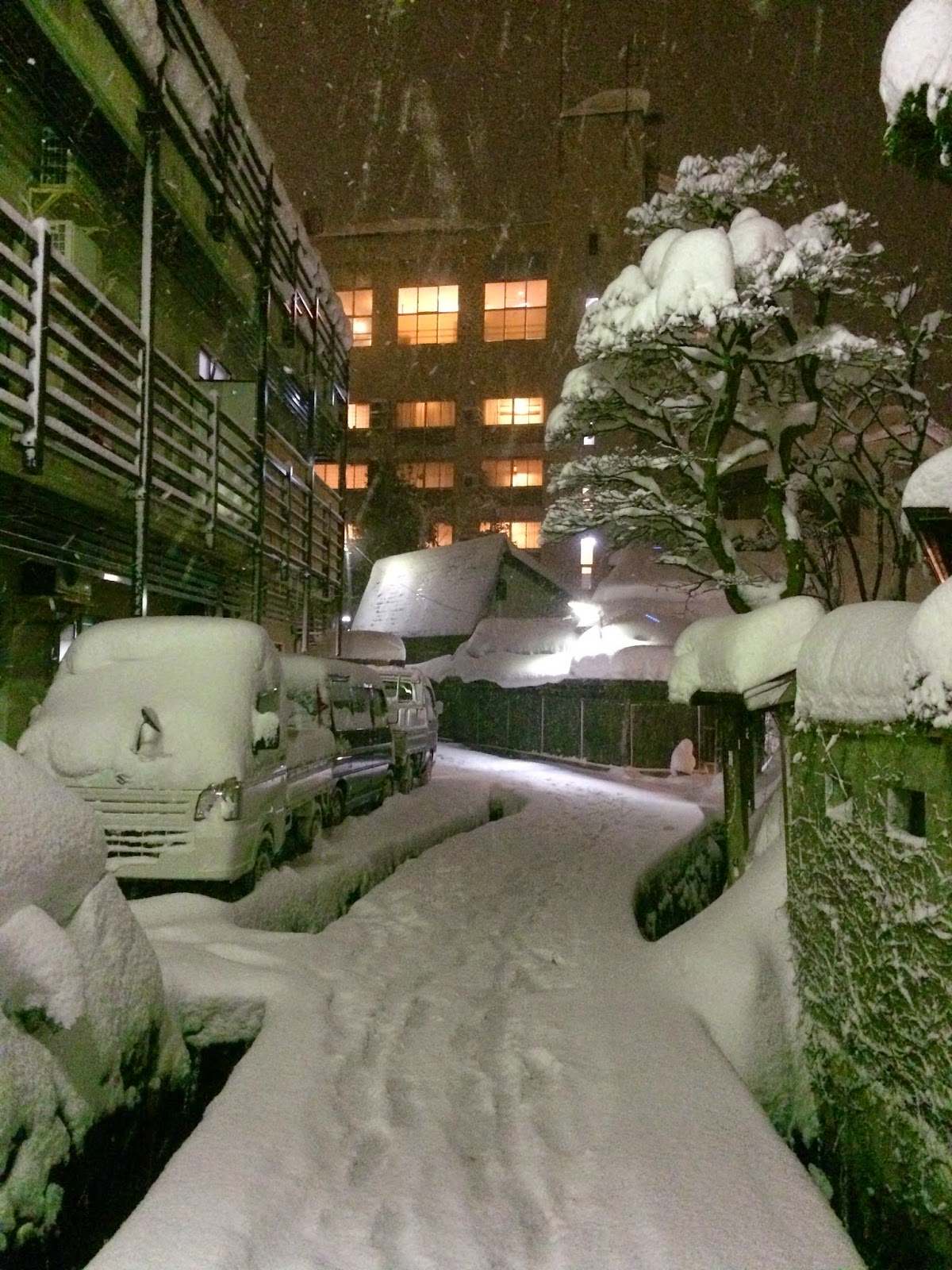 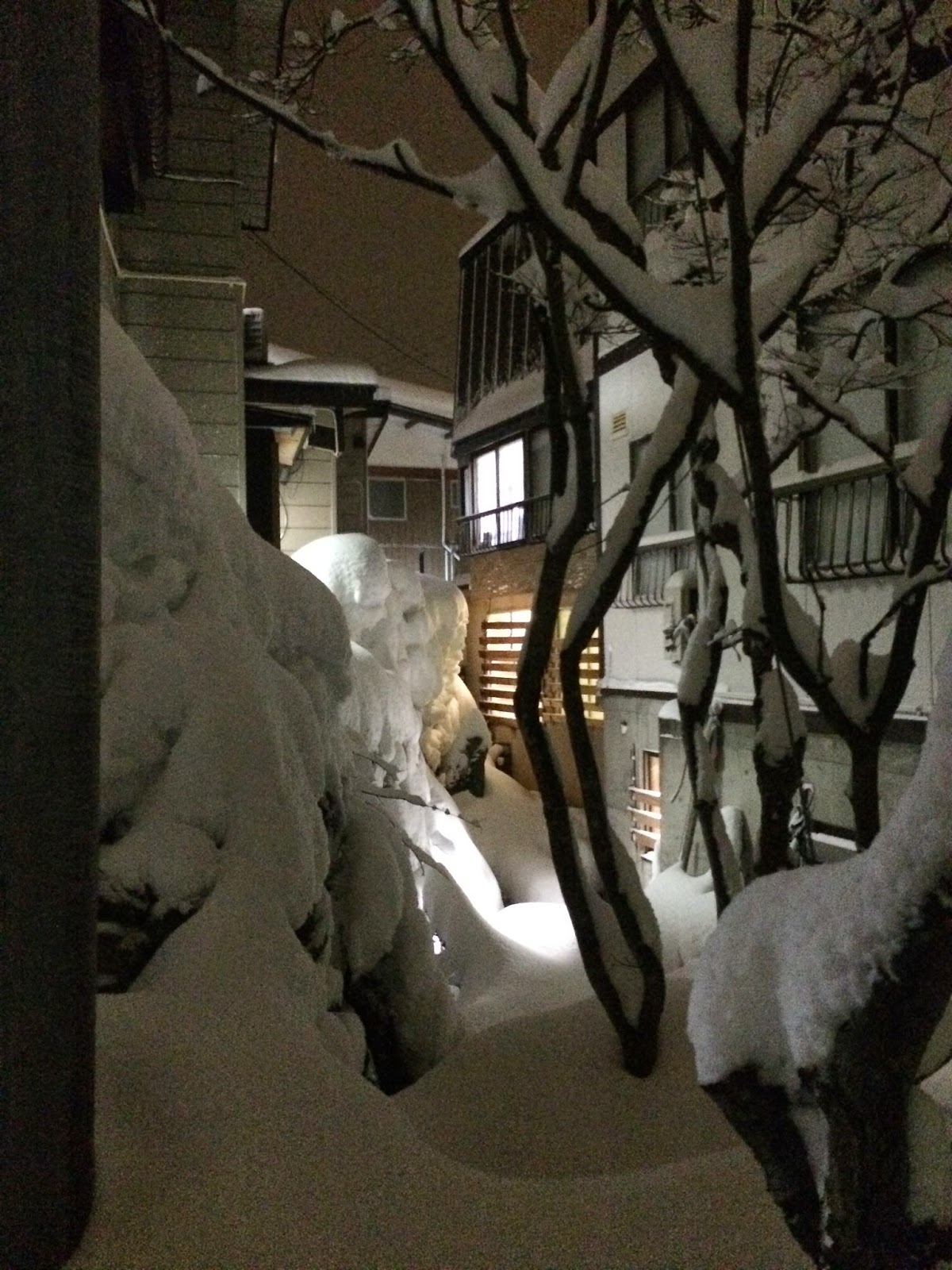 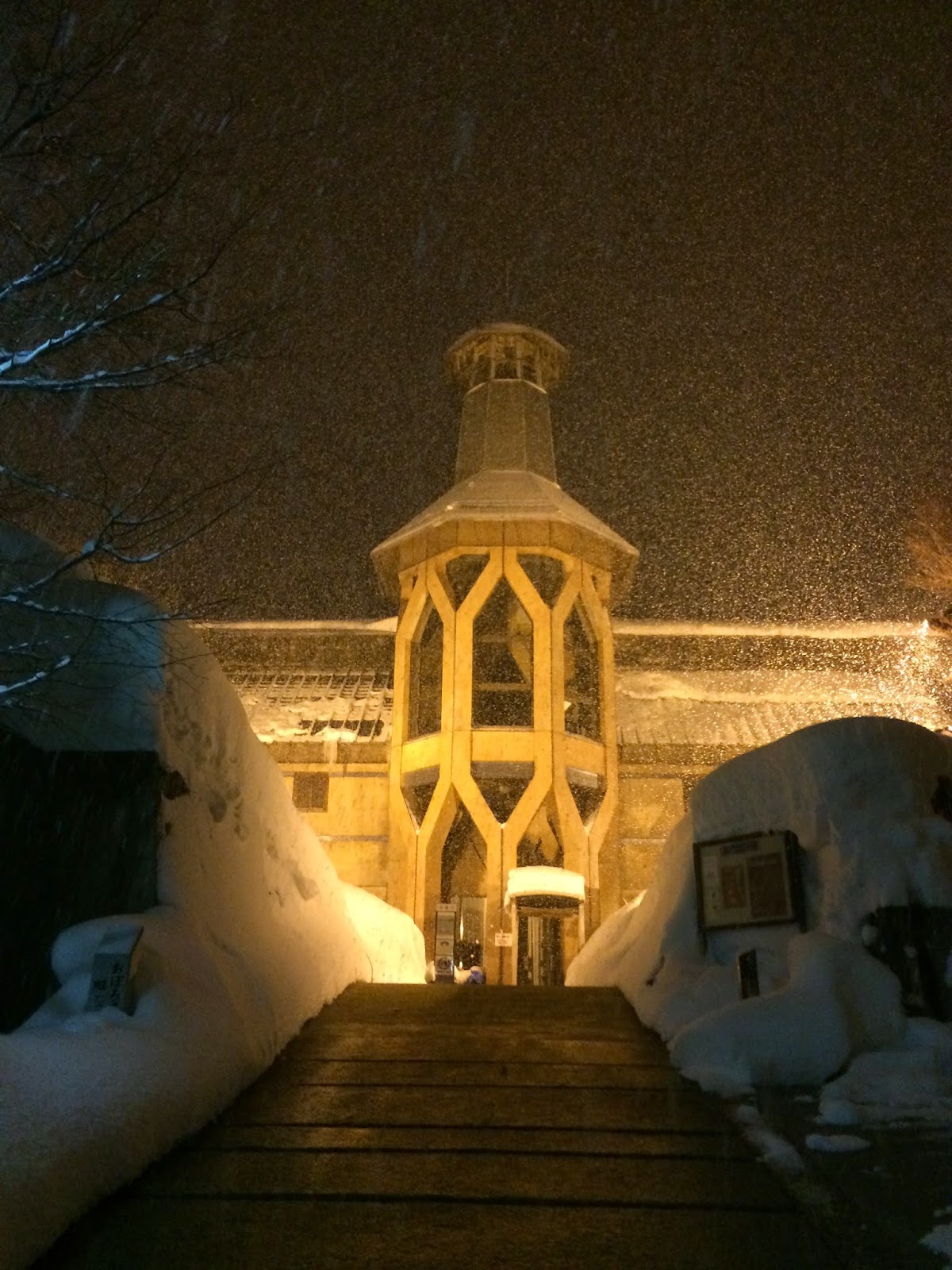 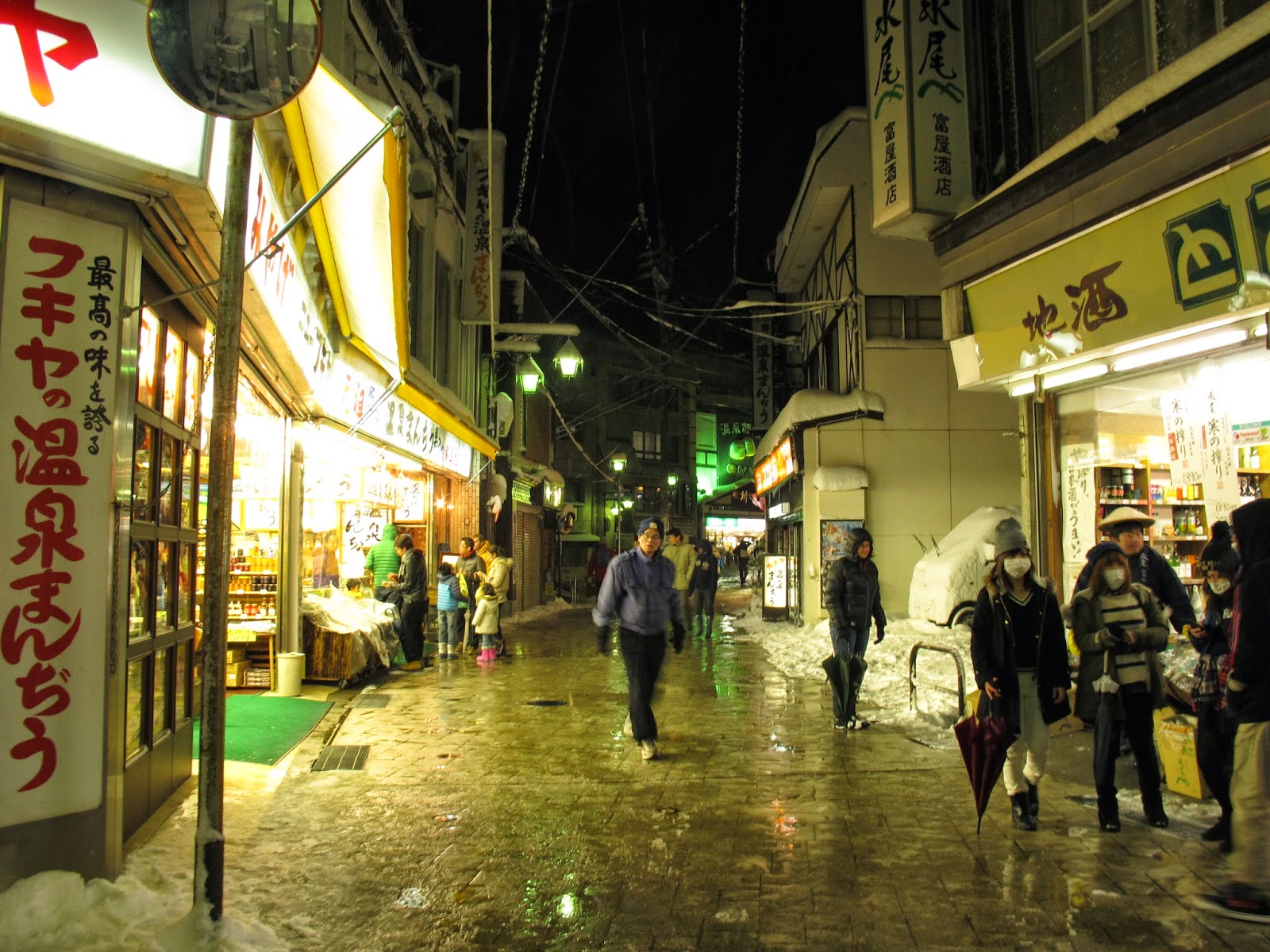 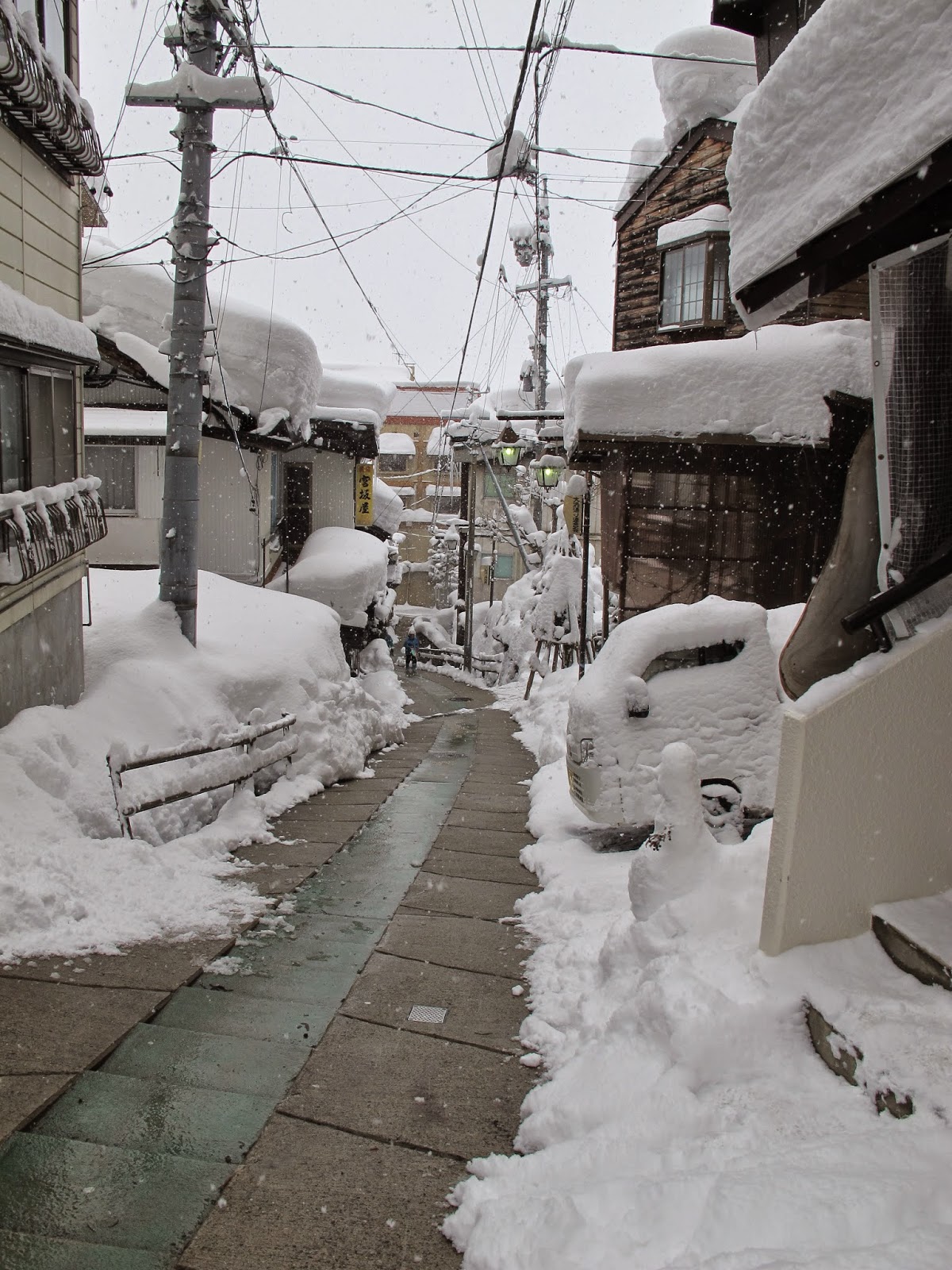 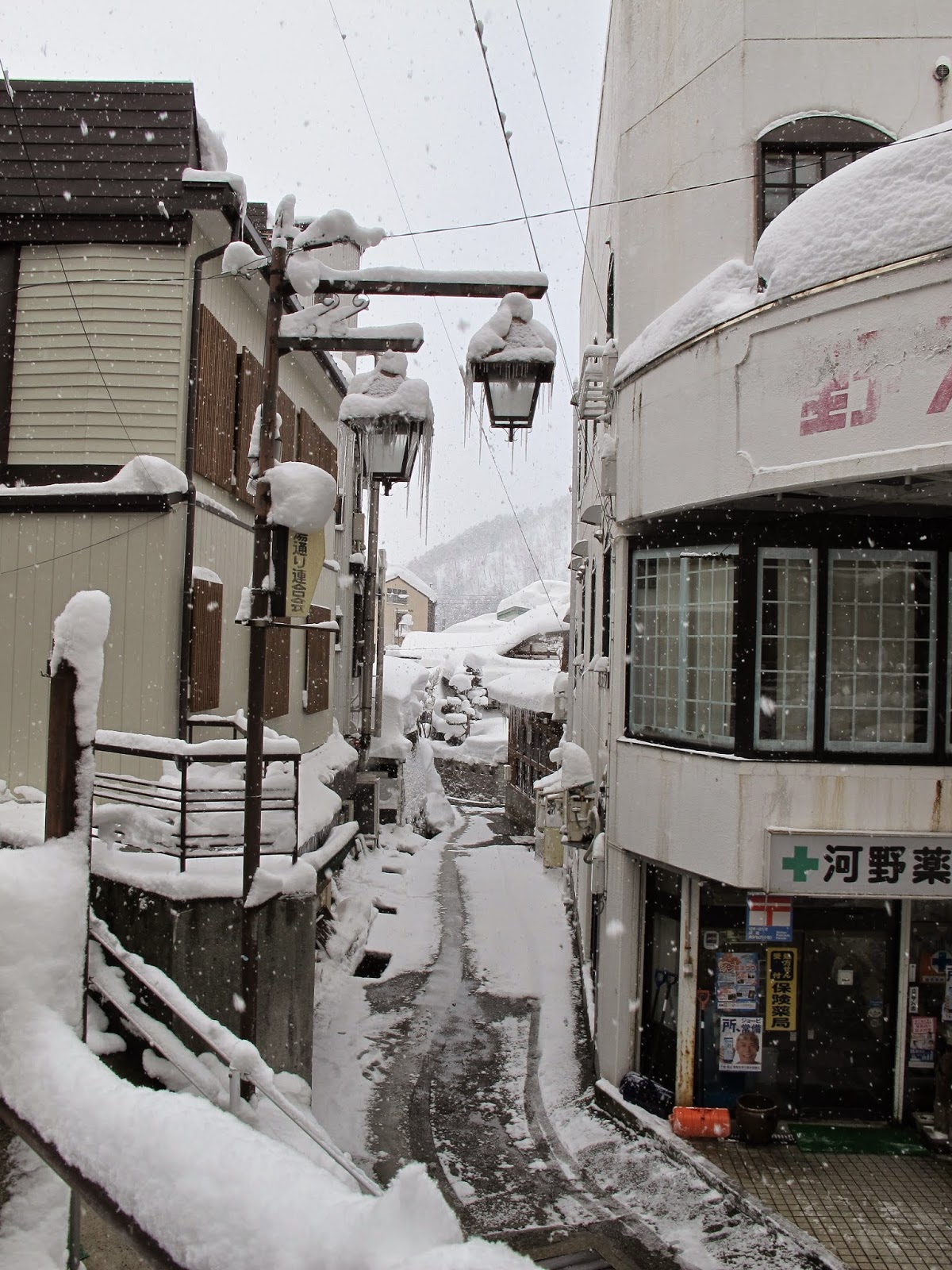 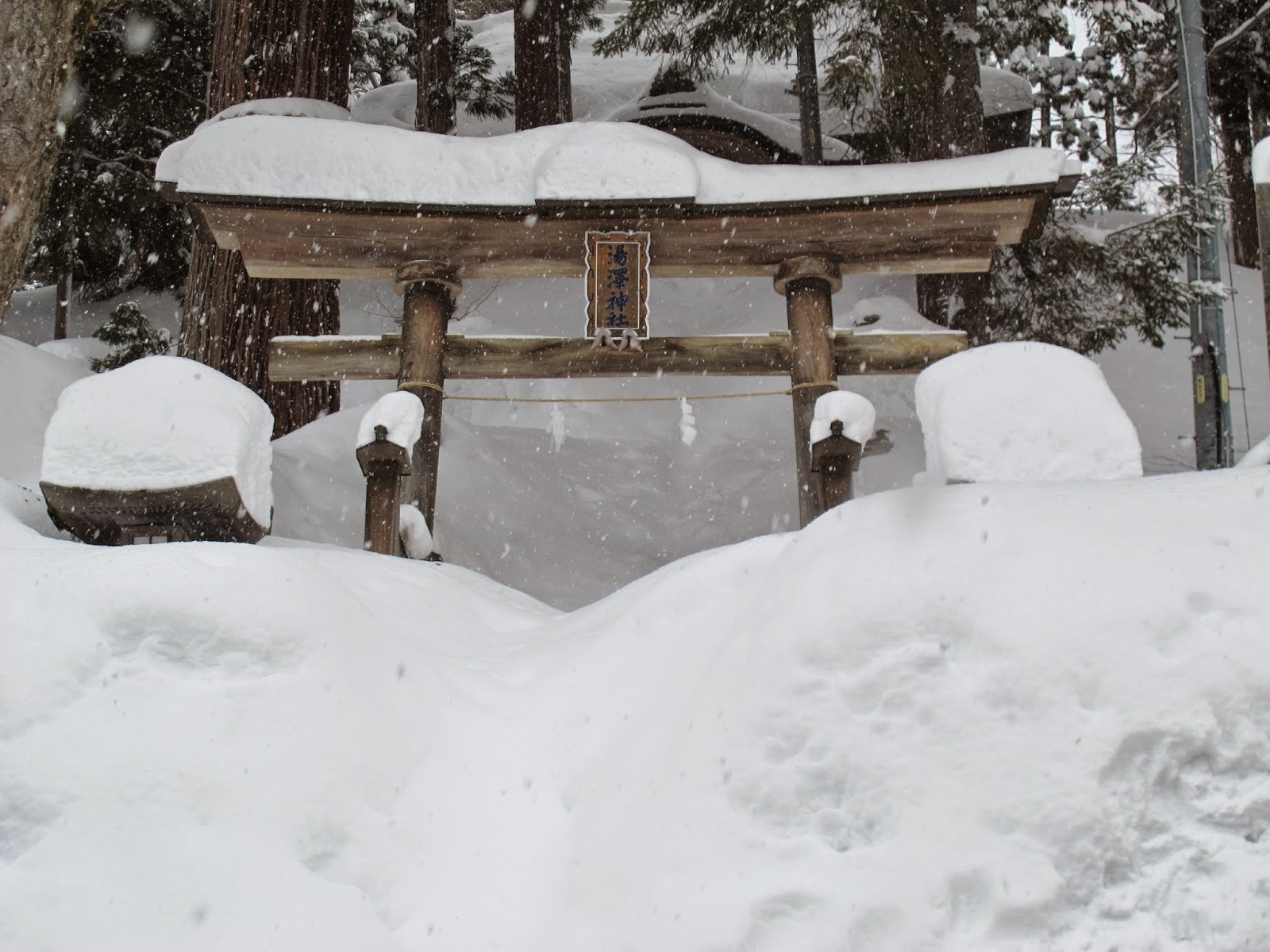 Overall it was a  fantastic trip and a fun excuse to see another part of Japan!


Posted by skysworldadventures at 3:56 AM