Setsubun is the Japanese way to welcome spring.  It occurs the day before the first day of spring.  On the day of Setsubun people take a handful of the beans and throw them outside while shouting Oni wa soto! (Demons, get out!). They then throw another handful inside, shouting Fuku wa uchi! (Good luck, come in!). Often someone plays the part of the oni (ogre or demon), who wears a scary mask and, after scaring the crap out of the kids, runs outside covering his head and cowering while being bombarded by beans.
Several of the shrines around Hiroshima had some sort of  celebration for the festival.  I went to a shrine in Hiroshima in the afternoon to witness one of these celebrations.  It started with some sort of ritual in the shrine that involved drumming, chanting and women moving very gracefully with fans and bells.

Next came the ogre and the archer.  The "ogre" was represented as a panting and the archer had a pretty impressive looking long bow.  There was much ritualized aiming at the 4 directions, up and then down and then the shots were fired.  The first two missed, I'm fairly certain this was on purpose to add more drama and the last shot went right between the eyes of the ogre. 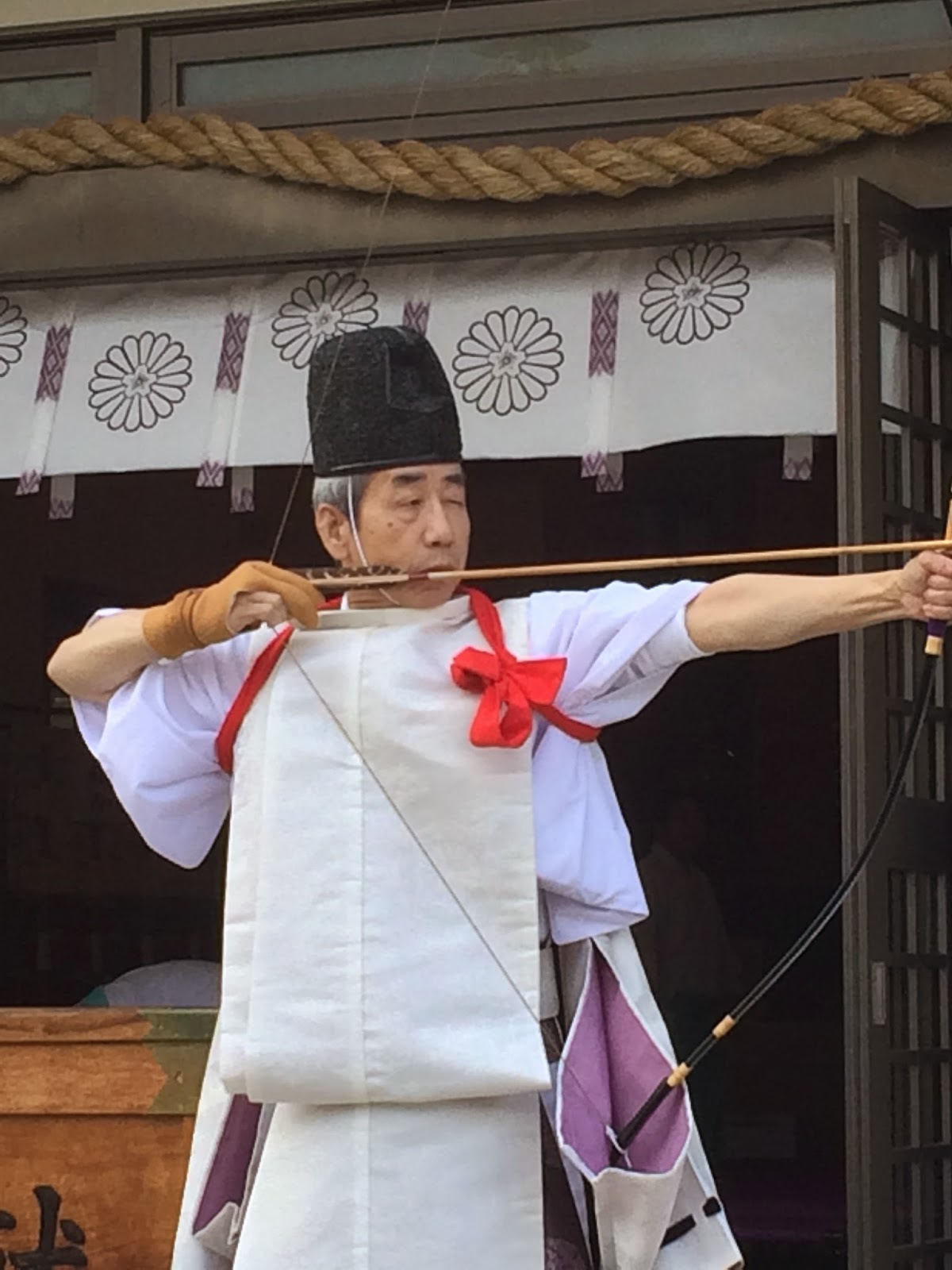 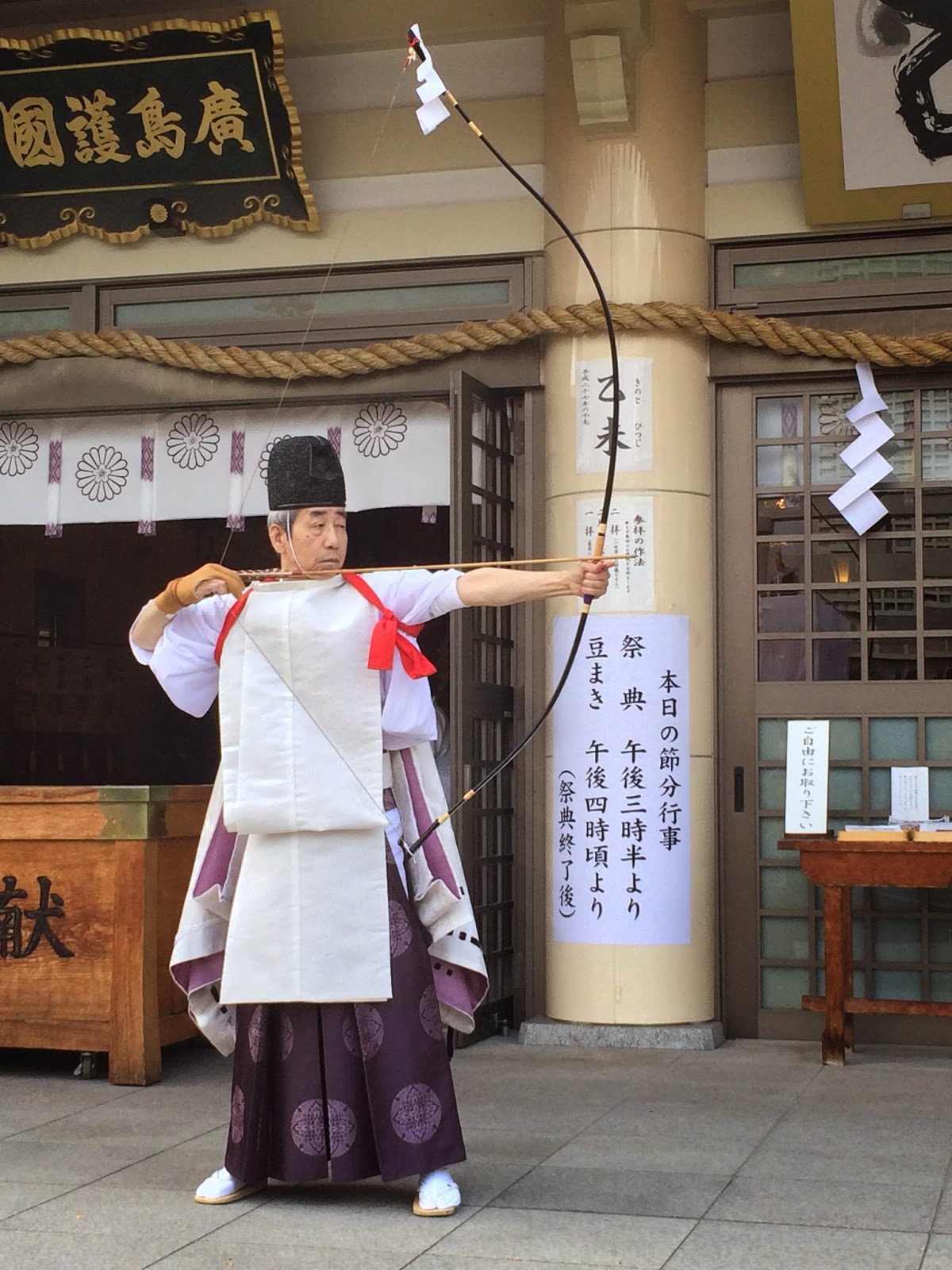 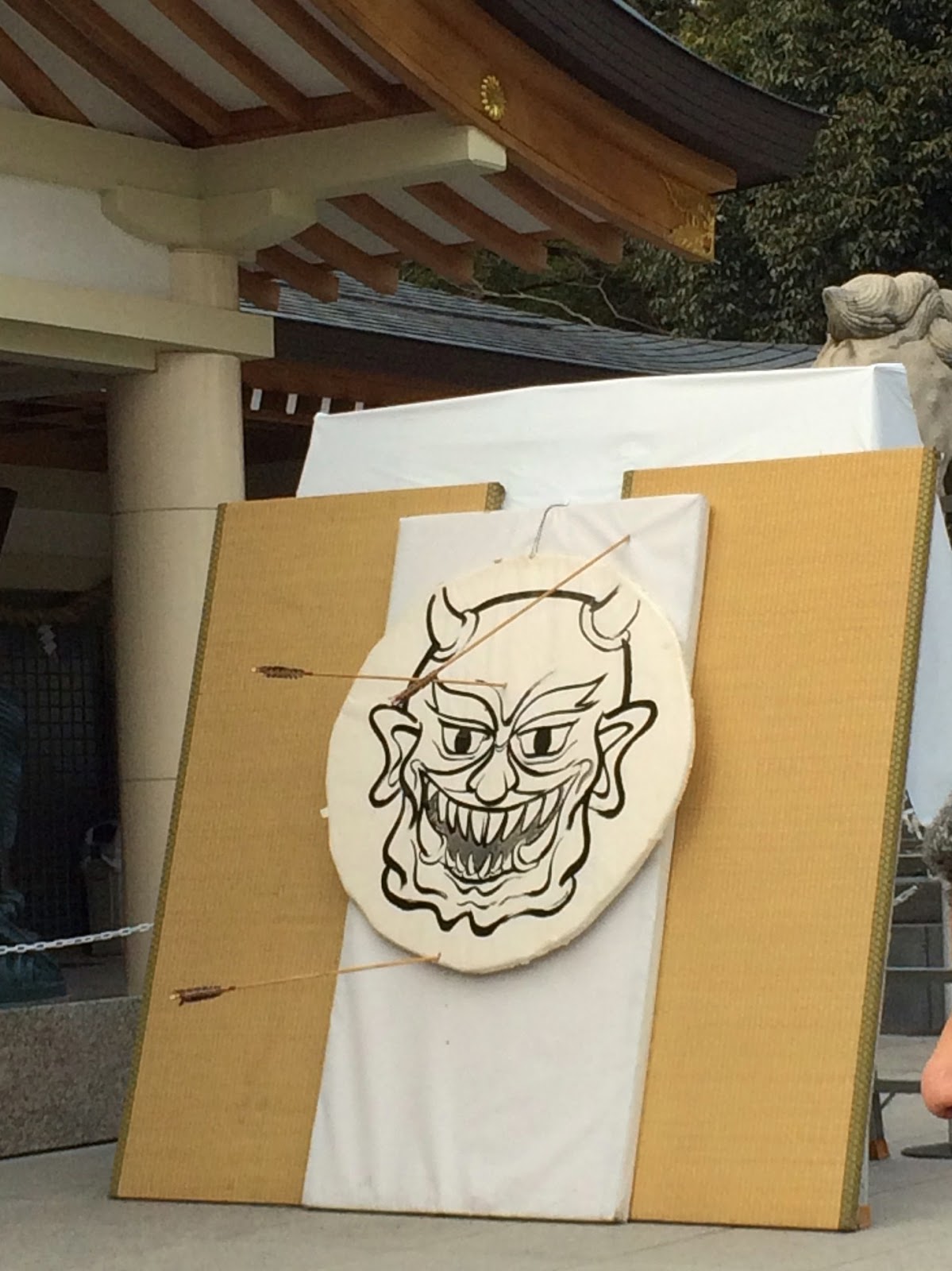 Next came the bean throwing.  There was a small platform that was erected in front of the shrine.  Everyone gathered around and the guys from the shrine mounted the platform and threw little bad of dried soy beans off the top while people down below caught them.  They also had a couple of small balls that they threw down which apparently could be exchanged for prizes.  People took bean catching pretty seriously.  After getting jostled a little more than I wanted I went to the outskirts of the crowd where it seemed a little safer.  I did see a couple of people fall down in their enthusiasm to catch beans and balls and was glad I was out of the thick of it.  I still managed to catch 4 bags of beans.


Posted by skysworldadventures at 6:25 PM