I'm sure Jeff and I aren't the only people to get stuck at the Hiroshima airport, otherwise why would they have a garden out there?  The airport is pretty isolated but there is a large, beautiful (but not very stroller friendly) garden.  Jeff, Wren and I checked it out on the way to dinner when we were stuck in Japan (see previous post if that statement confuses you).

There are a ton of steps so Jeff and I had to pick up the stroller in places and at other times we would just take turns walking down certain paths while the other person hung out with Wren in the stroller.  It was really lovely.  It was pretty hot and humid which might be why we had the place to ourselves.  No one else was there.

Here are some of my favorite pictures, they are just from my phone but I think they still look okay. 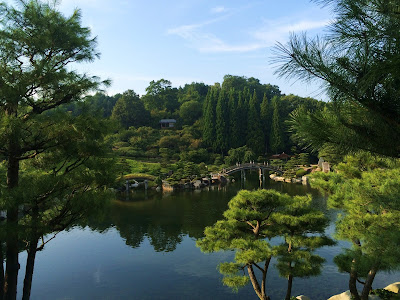 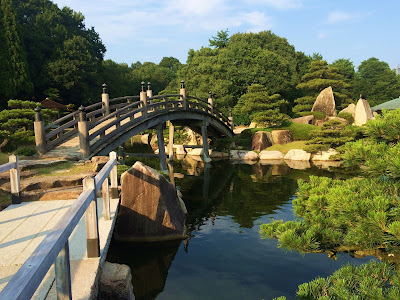 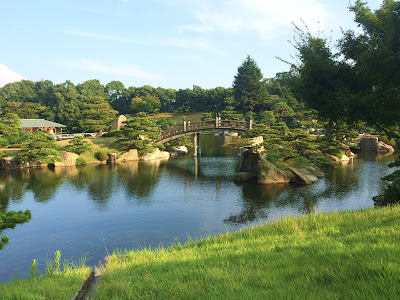 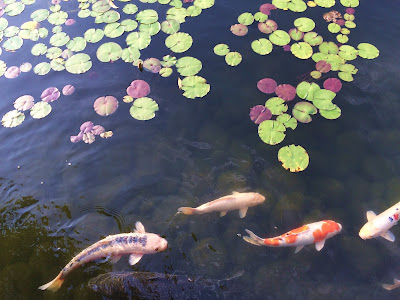 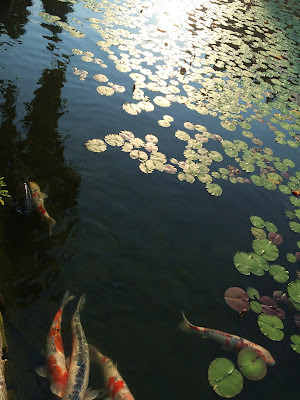 To anyone with a long layover in Hiroshima or someone who just wants a little time outside before being stuck in a flying metal tube for several hours, I highly recommend taking a couple minutes to check out the garden.  It is about a 4 minute walk from the airport.  You can see the flight control tower from the garden which is an interesting juxtaposition of nature and man.  Unfortunately, with the lighting the picture I took of that did not really turn out.

This was my last little bit of Japan.

As a side note, there is also a park out there that we walked through in the morning.  It had some tennis courts and fields and a nice walking path.  My favorite part was a little bridge across some water.  Here's the picture of that. 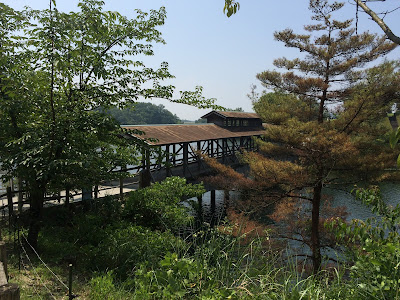 Posted by skysworldadventures at 4:13 PM