It's really not that bad.  Mostly because people are so darn polite.  Saturday night we heard about a fireworks thing they were doing down at the dock.  Jeff and I decided to go.  To get there you hop on the cable car and take it down to the coast - about 25 minutes.

We saw this huge line of people waiting to get on to the cable car and thought "Oh no!  This is going to be a total cluster!"  I think it took less than 10 minutes for us to get on to a cable car.  Admittedly it was fairly crowded.  The standard American 3' bubble was not maintained but it really wasn't too bad.  People were not pushing against me and I didn't feel squished at all.  Bodies did come in contact with other bodies as the trolley bounced down the road but no big deal.

We get out and follow the people to where the fireworks were being launched and there were 1,000's of people quietly and patiently waiting for the fireworks to start.  They had little mini tarps to sit on that had pictures on them and were a little smaller than a beach towel.  Everyone was polite and they organized themselves without taking up too much space.

Jeff and I found a curb, due to our lack of something to sit on and watched the show. Over 10,000 fireworks were launched (it put the Boise fireworks to shame). We could tell that there was also a fantastic ground show that we were unable to see due to a building in our way.  Next time we will bring something to sit on and get there early.  Apparently there are a lot of excuses to set of fireworks in Japan and these types of things happen fairly regularly.  I tried taking a couple pictures of the fireworks.  They were huge and fantastic. 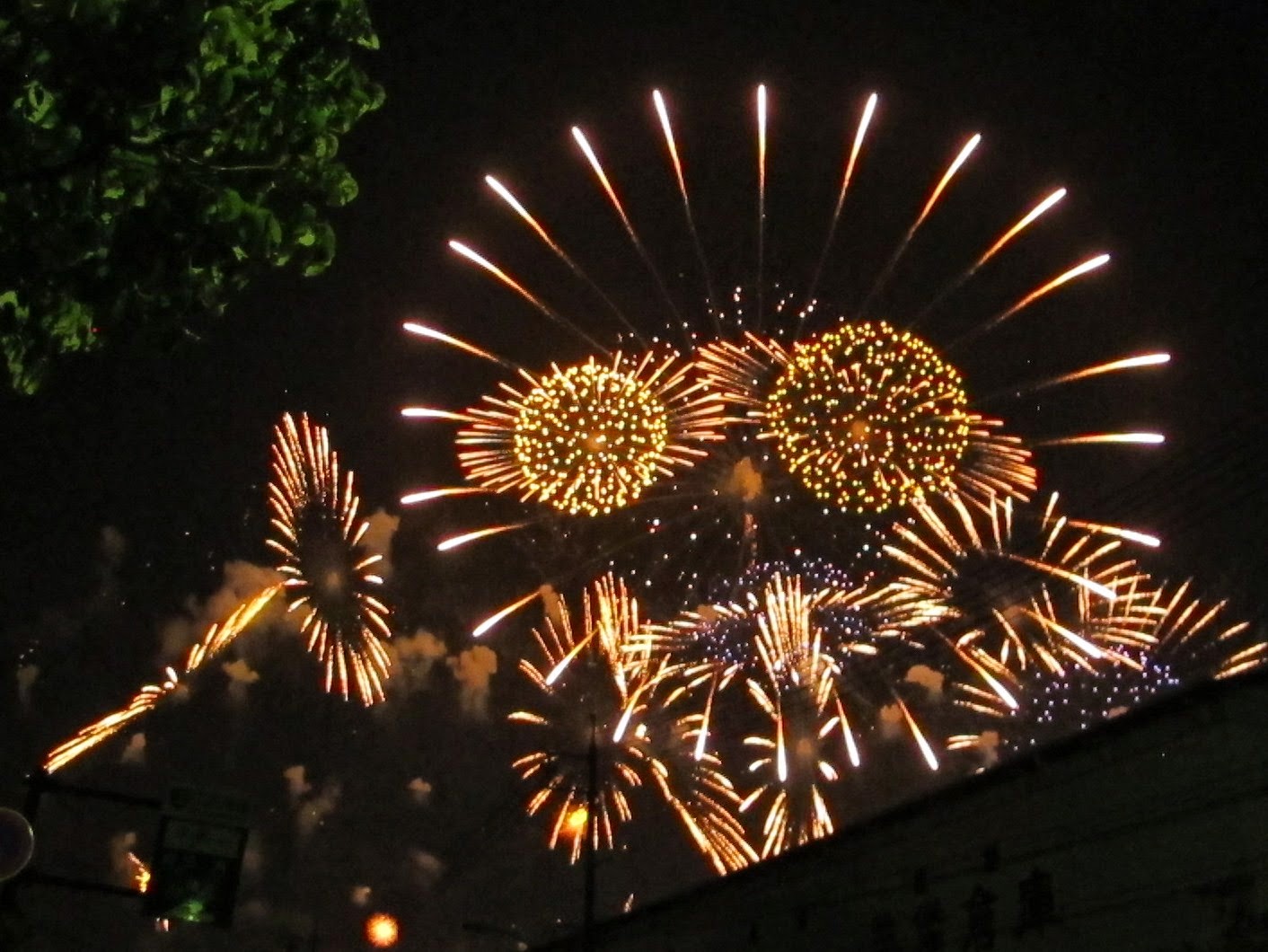 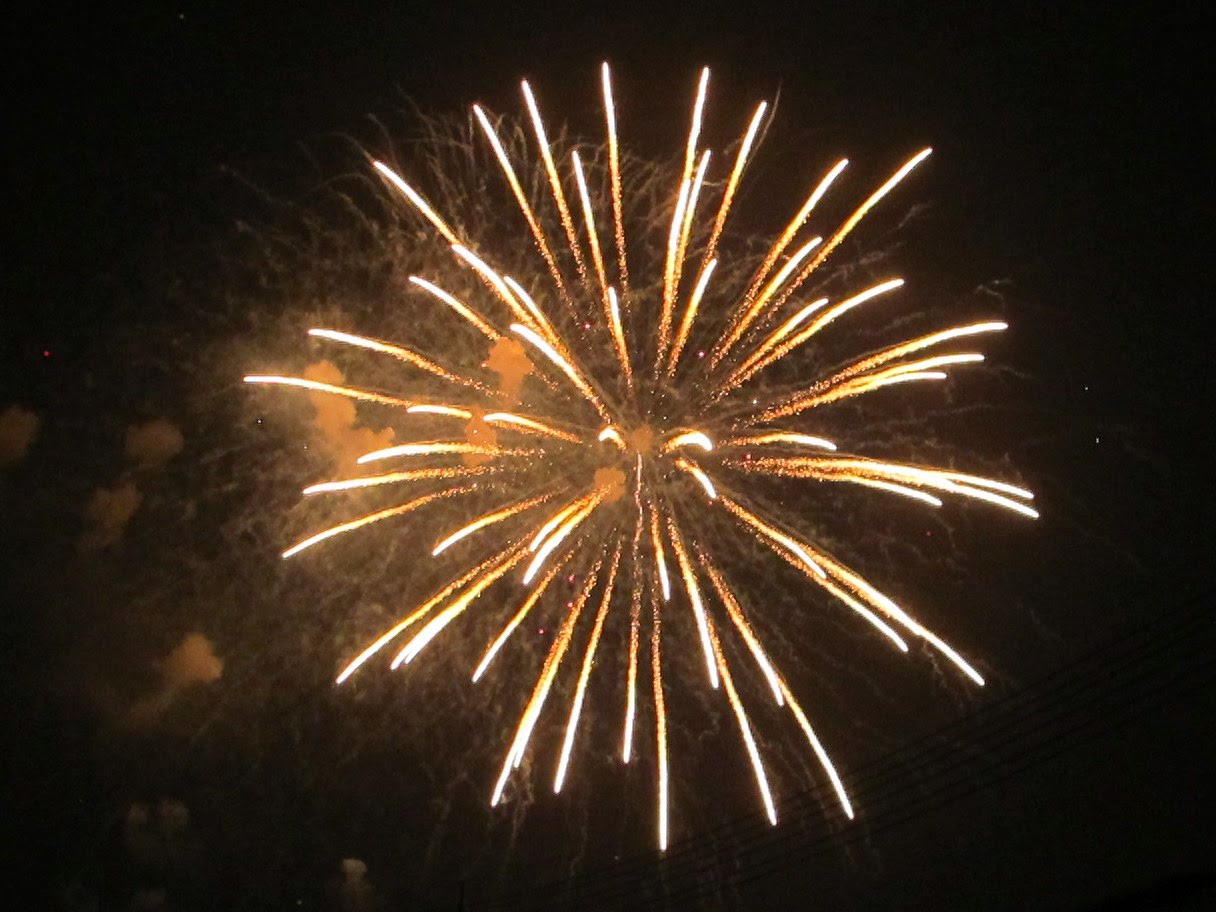 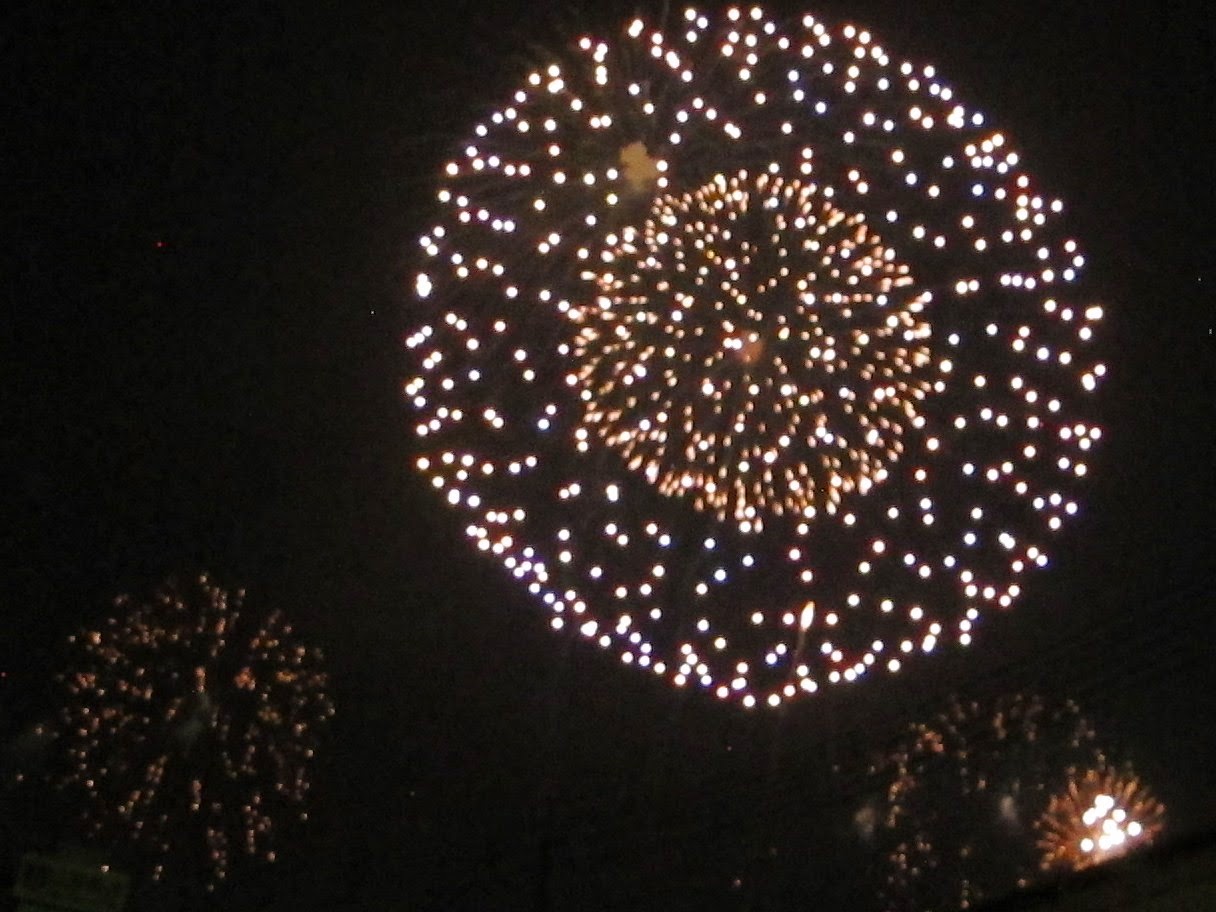 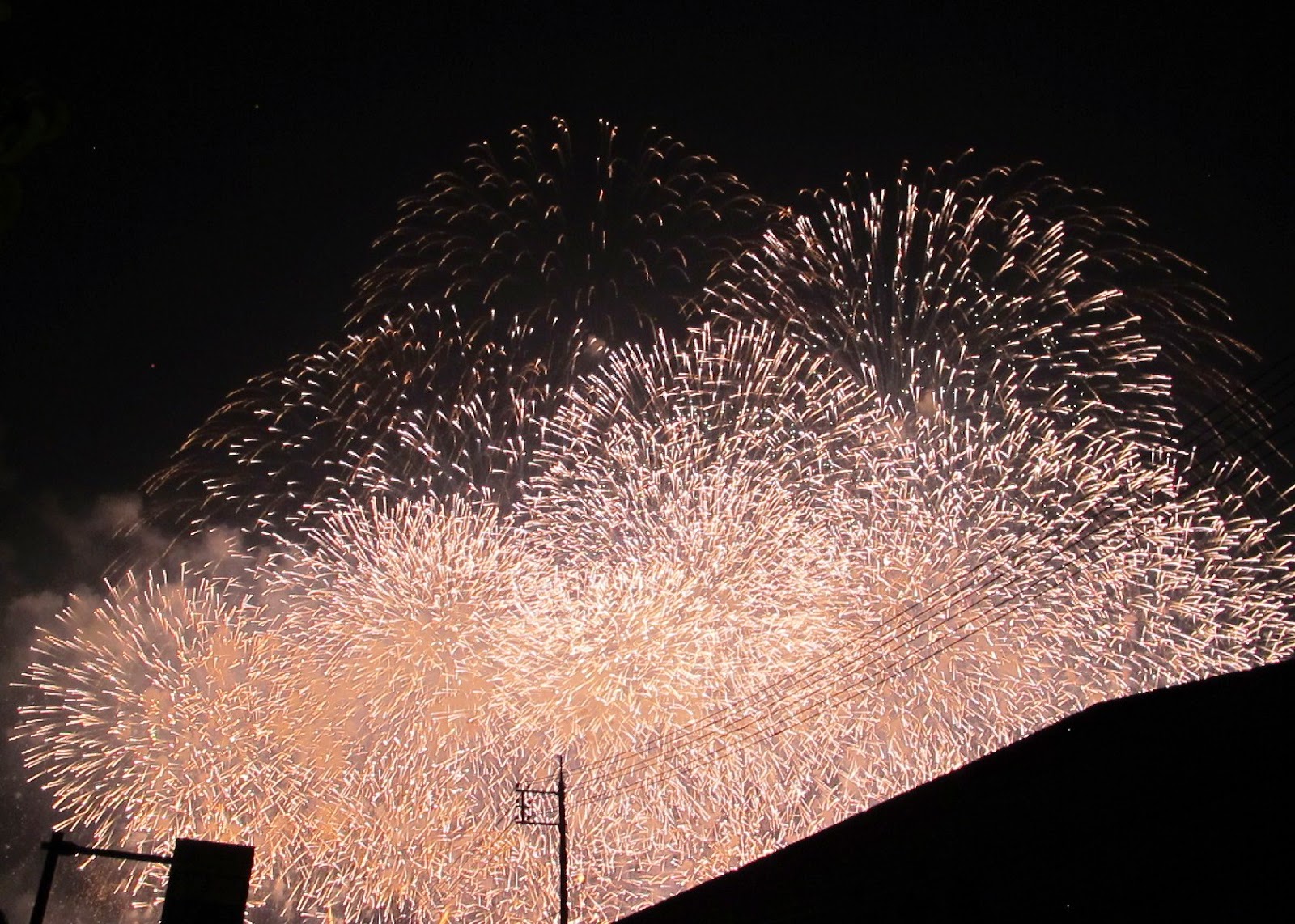 Once the show was over we followed the crowd back to where we left the fireworks show.  We thought it would be next to impossible to get back on the shuttle because there was so many people.  We were some of the earlier people to get there.  Everyone walked calmly and orderly to the station and lined up politely.  No one tried cutting across the temporary barriers which were essentially only PVC on top of some cones to get to the front of the line first ( the line snaked around so that you passed near the front before circling back around).  I think it took only 10 minutes again to get on one of the trams to go back towards the hotel.  Jeff and I managed to get seats and were not crowded at all.  Both of us were still feeling the time change a bit and our heads were nodding and bobbing the whole way back.  I think we both were out for a few minutes.
﻿﻿ It was a delightful evening and has showed that there is no reason to be deterred by the fear of the Japanese crowds.  It's no big deal.
Posted by skysworldadventures at 2:32 AM