Japan is just starting to do things for Halloween.  Our local grocery store had a tiny section of Halloween candy and for the 2 weeks leading up to Halloween the store employees wore either head bands with ears or bat wings or other silly things or witch hats.

Some of the schools in our area had things for the kids to do.  We got a flier in the mail for a "Trick or Festival".  I think they meant to say Trick-or-Treating but some how missed the treat part.  The YMCA put up a ton of decorations.  I spent several hours assembling a witch on a broom and spreading fake spiderwebs all over the place.  They went all out and had several mechanical decorations including a spider that was about 8 feet across from leg to leg and swiveled back and forth.  The kids love the decorations. 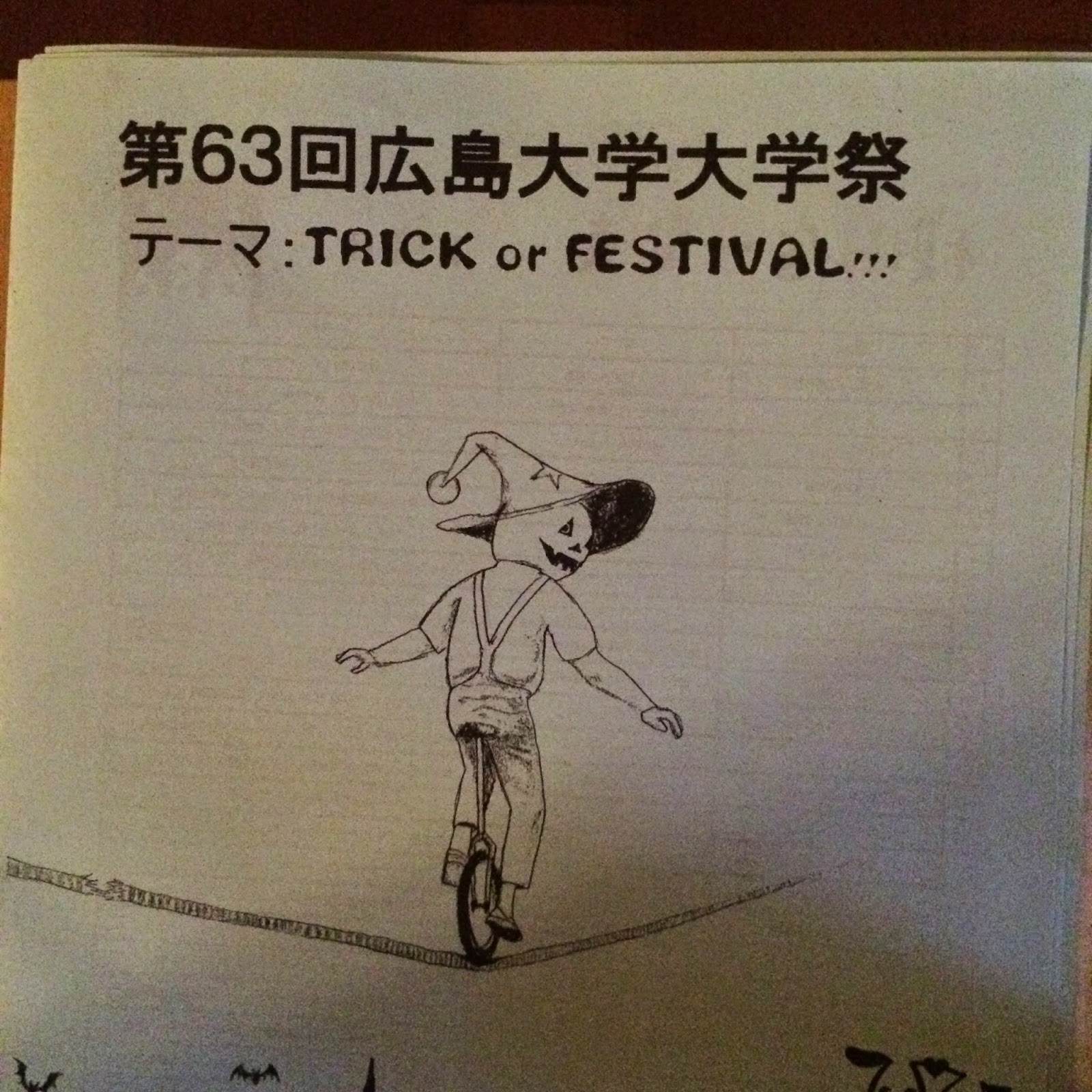 For adults there were a couple of places that had costume contests and people seemed to get really in to dressing up.  I thought it was interesting to learn that several people though that Halloween was a actual "day off from work" type of holiday and not just a something we do after work (or maybe wear something to work) kind of a day.

I have a tradition of having a pumpkin carving party.  This is something I started my third year of collage and I have not missed a year since.  I was super excited a couple of weeks ago when I saw pumpkins at Costco so I bought 4 of them.  They were little pumpkins maybe in the 10" - 12" tall range which is much smaller than the average American pumpkin.  They we still big enough to carve.  In the states I usually try to do pumpkin carving sometime before the actual day or earlier in the day so people can go trick-or-treating with kids or to costume parties.  I figured in Japan I didn't really have to worry about there being competing parties.

I cooked up a batch of chili, I thought a little comfort food would be nice for the other expats, made guacamole, pico de guillo and brownies.  Including Jeff and I we had 5 Americans, 2 Japanese people and a Greek.  Unfortunately, it seemed like Costco was the only place that had pumpkins that were not the tiny ornamental ones.  I was glad I had the extra.  Fortunately with the extras that I had we had enough pumpkins for every one to carve one.  It was the first time the Japanese couple or my Greek friend had carved a pumpkin and they found the whole thing very interesting.  I even toasted some pumpkin seeds so that they could try them.  It was a lot of fun for everyone and a successful pumpkin carving party. 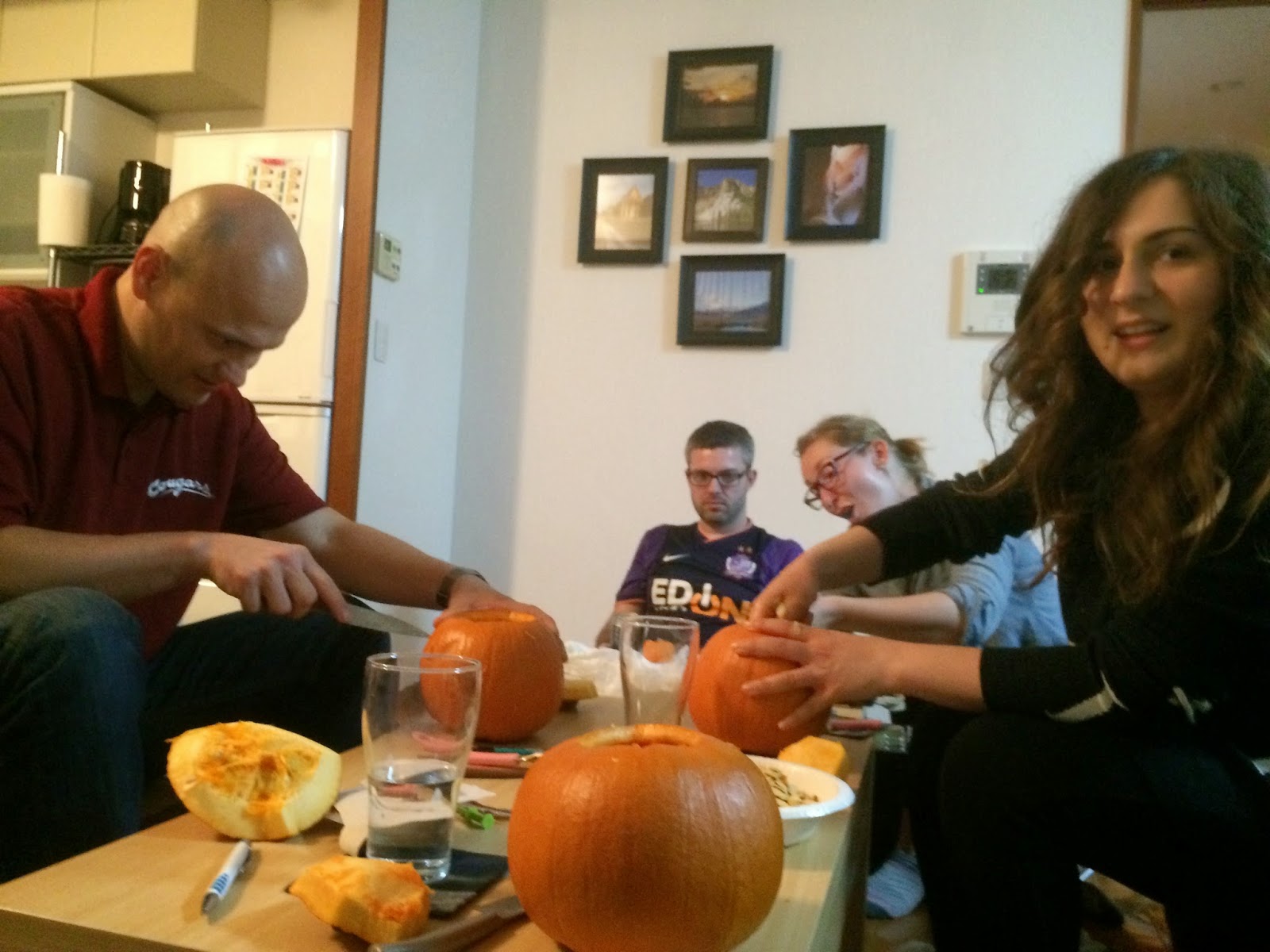 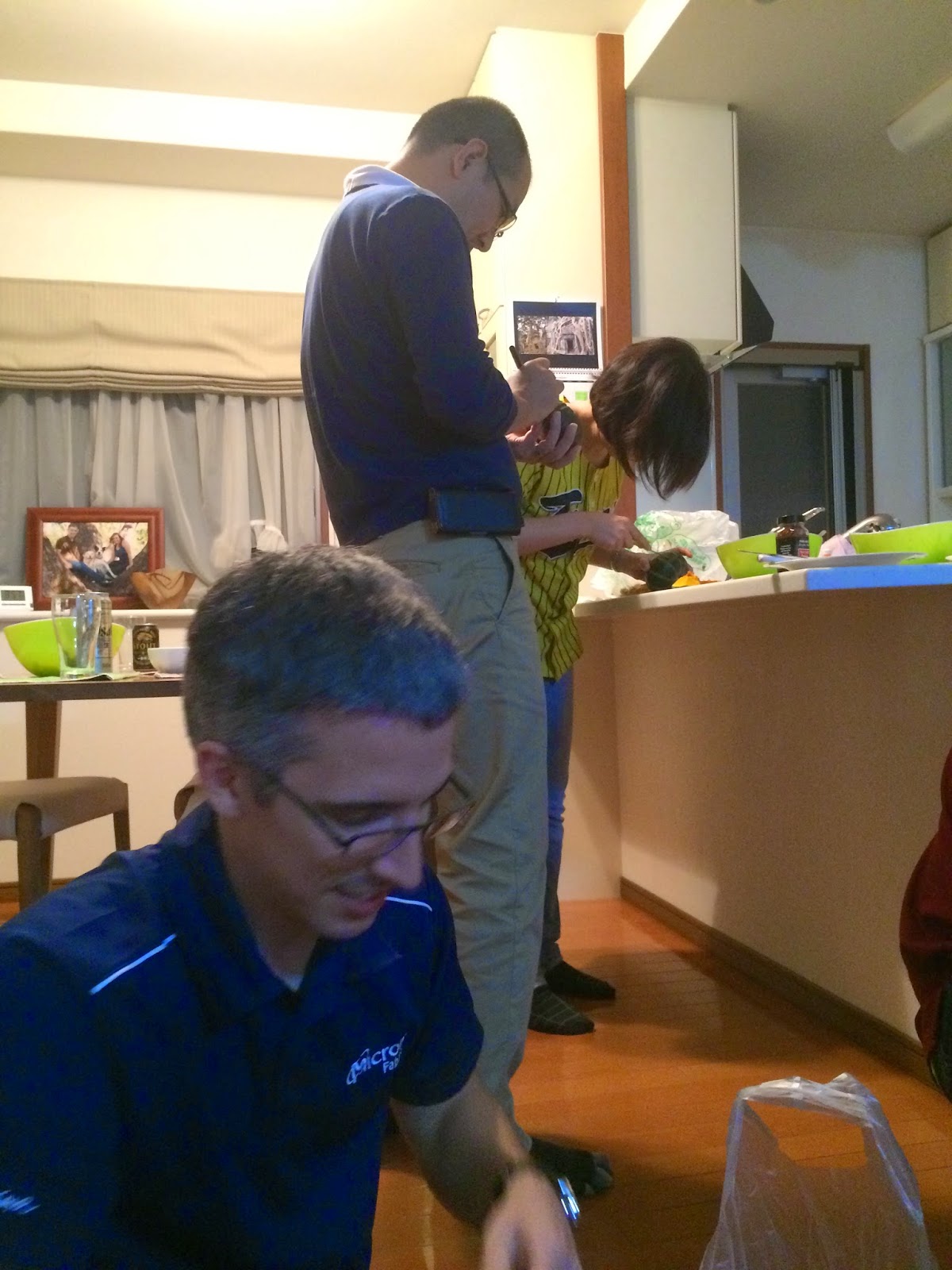 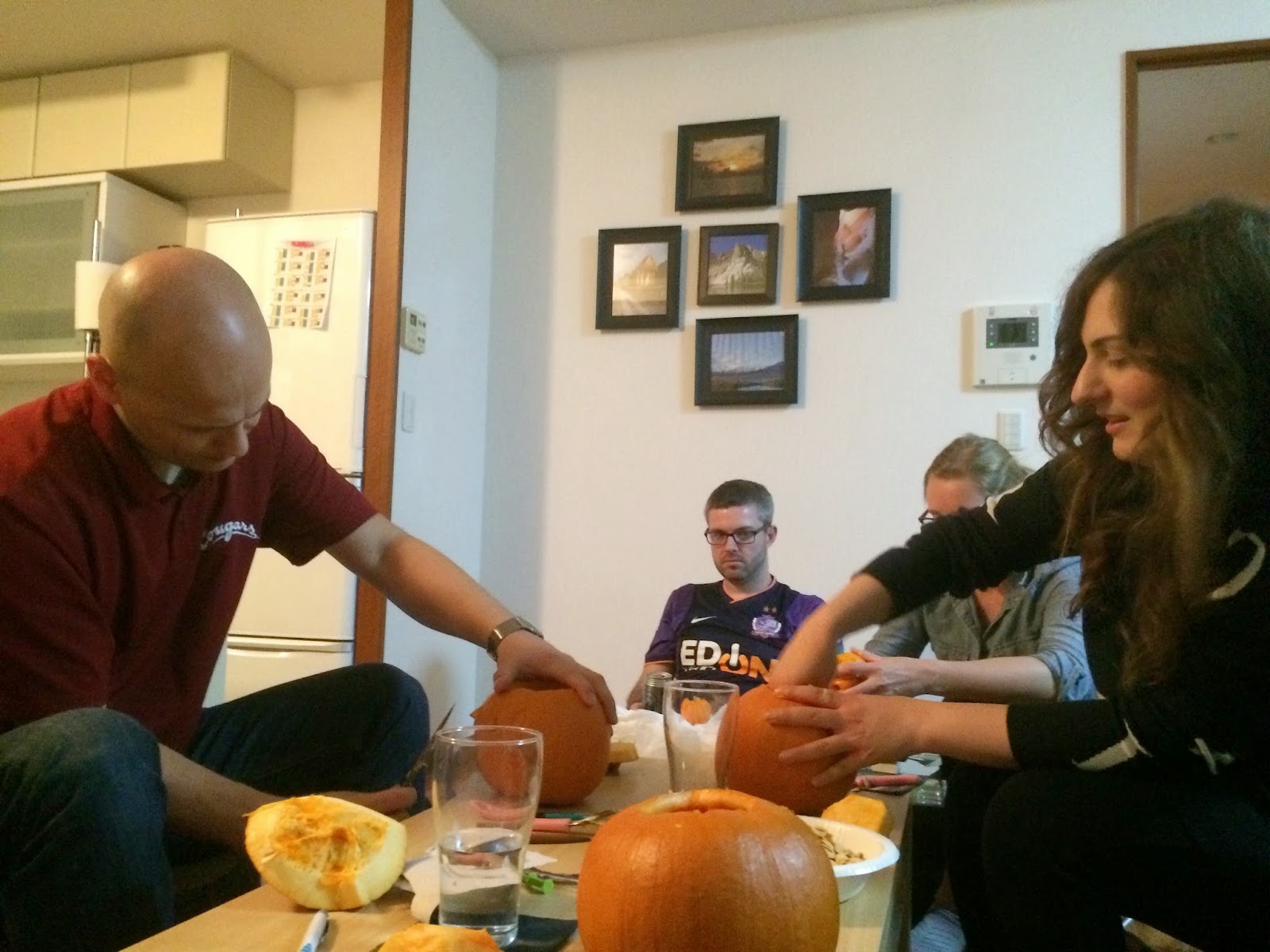 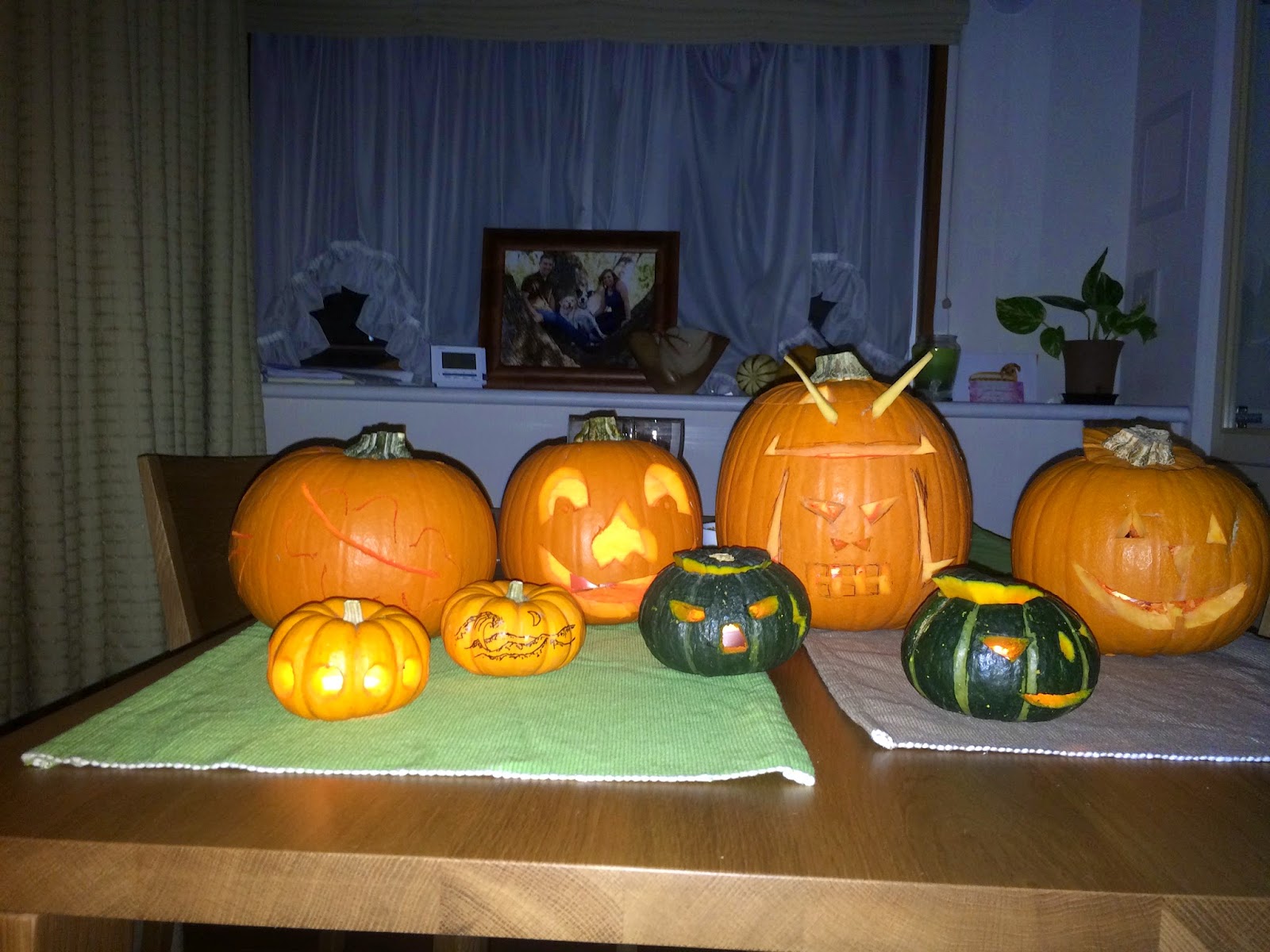 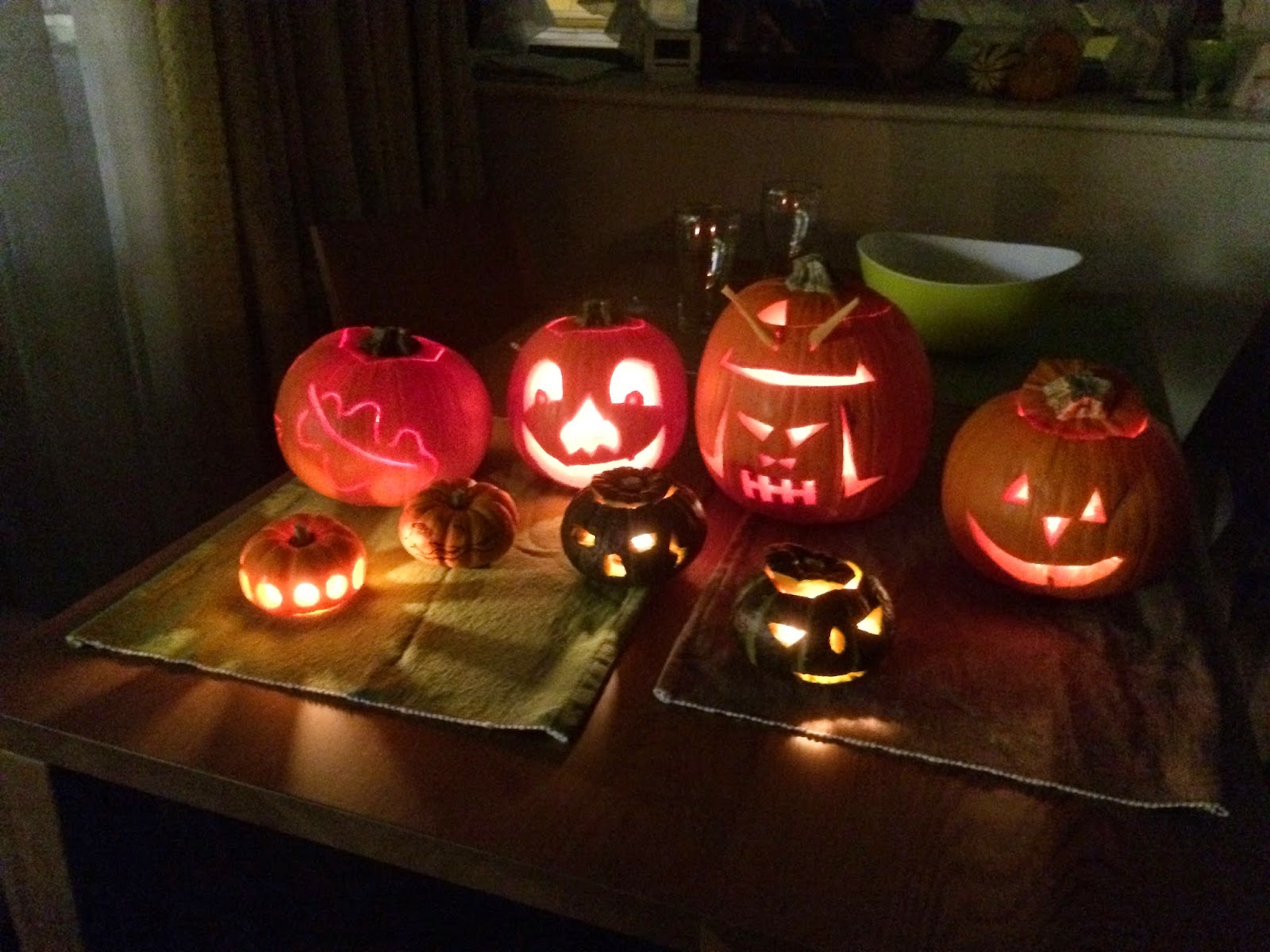 Posted by skysworldadventures at 3:00 AM