Last weekend Jeff and I took an overnight trip to Shodoshima island which is in the Seto inland sea.  I had read about a gorge there that is, well... gorgeous!

We got a little bit of a late start and then drove to Okayama and then hopped on the ferry to Shodoshima.  The island is interesting in that it has a public bus system that goes to the Kankakei gorge (which is the islands biggest attraction) but it only runs 4 times a day.  This was really strange to us and we got there to late to see the gorge so we decided to go checkout the olive grove.  Yep, you read that right.  There apparently were 4 places in Japan that they tried growing olives about 100 years ago but the only one that was successful was on Shodoshima so they grow olives and make olive oil.  The setup is really quite pretty and they had some good food for a late lunch.


The next day we got up early and caught the morning bus out to the Kankakei gorge.  It has a "ropeway" or a gondola to go up to the top or it has a couple of different hiking trails.  This was nice as we could decide how active we wanted to be based on how I was feeling.  We had originally talked about taking the ropeway up and then walking down but it was a lovely day and I was feeling good so we decided to walk up and go from there.

We were quickly rewarded by a passing troupe of monkeys.  They were polite and didn't get too close but they were clearly used to seeing people.  I was a little worried as I was in the middle of eating a roll (left over from breakfast) when we first spotted them and I was concerned they would be attracted to the food.  I put the roll in my pocket but the monkeys seemed very indifferent. 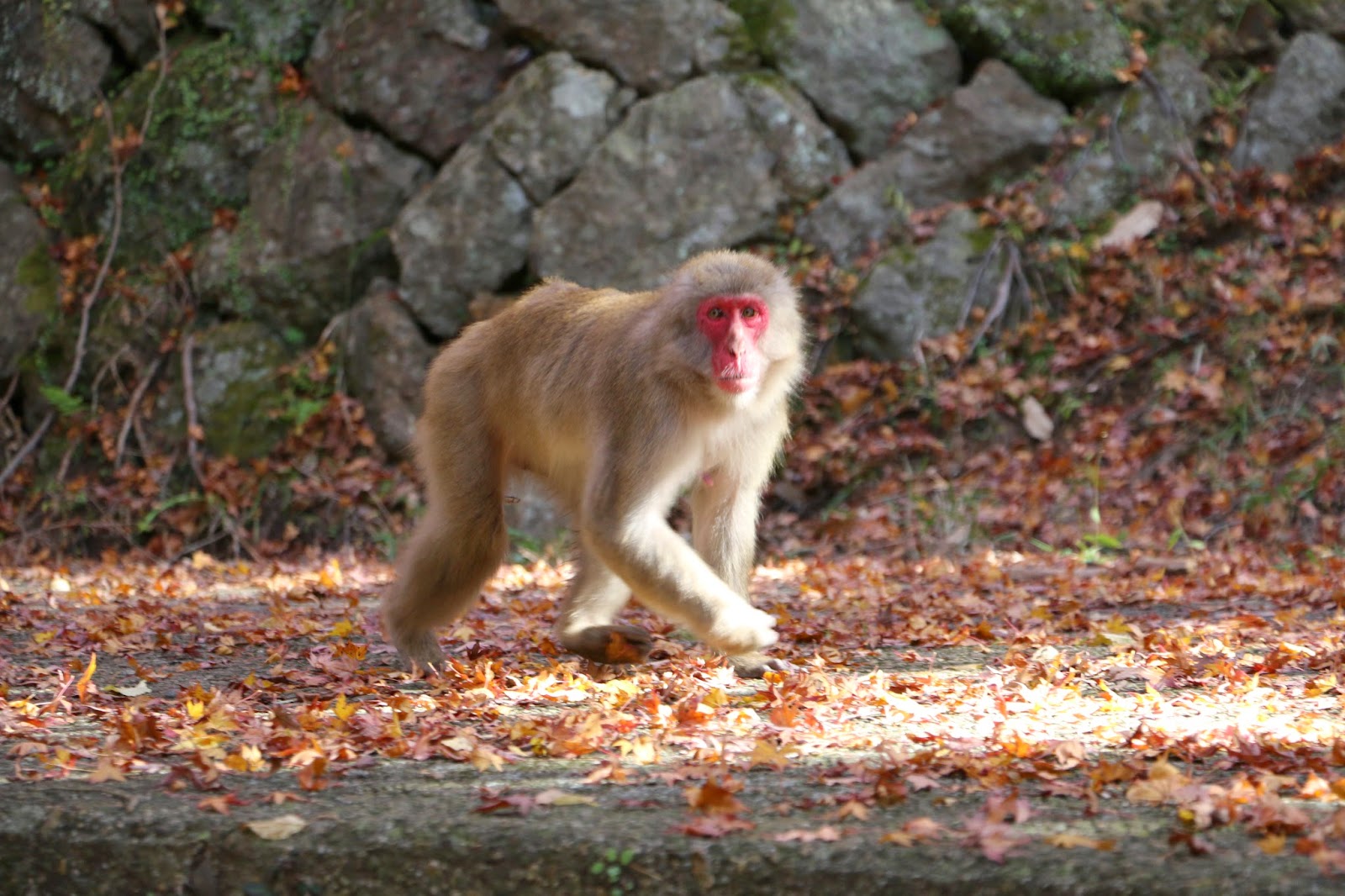 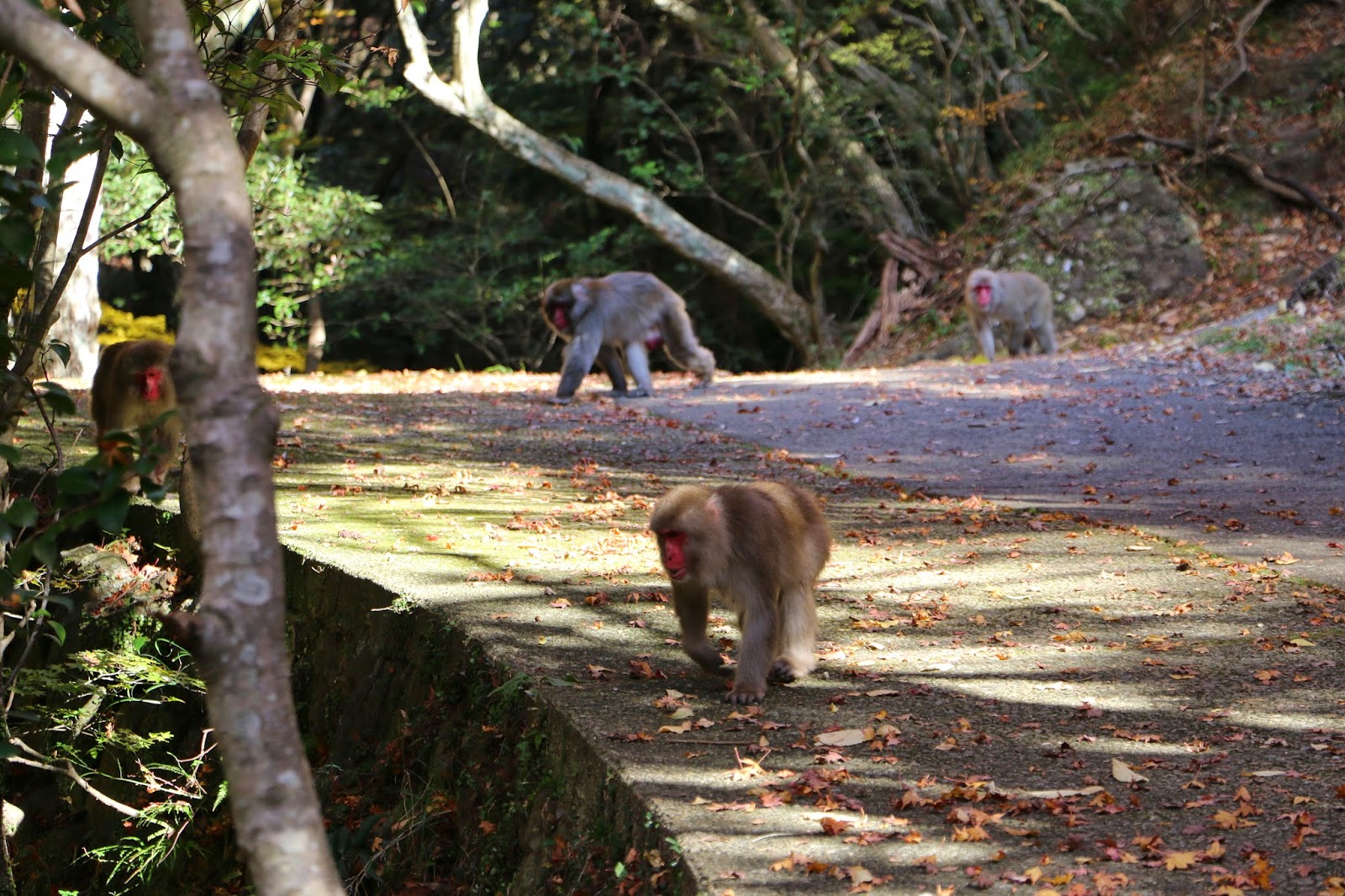 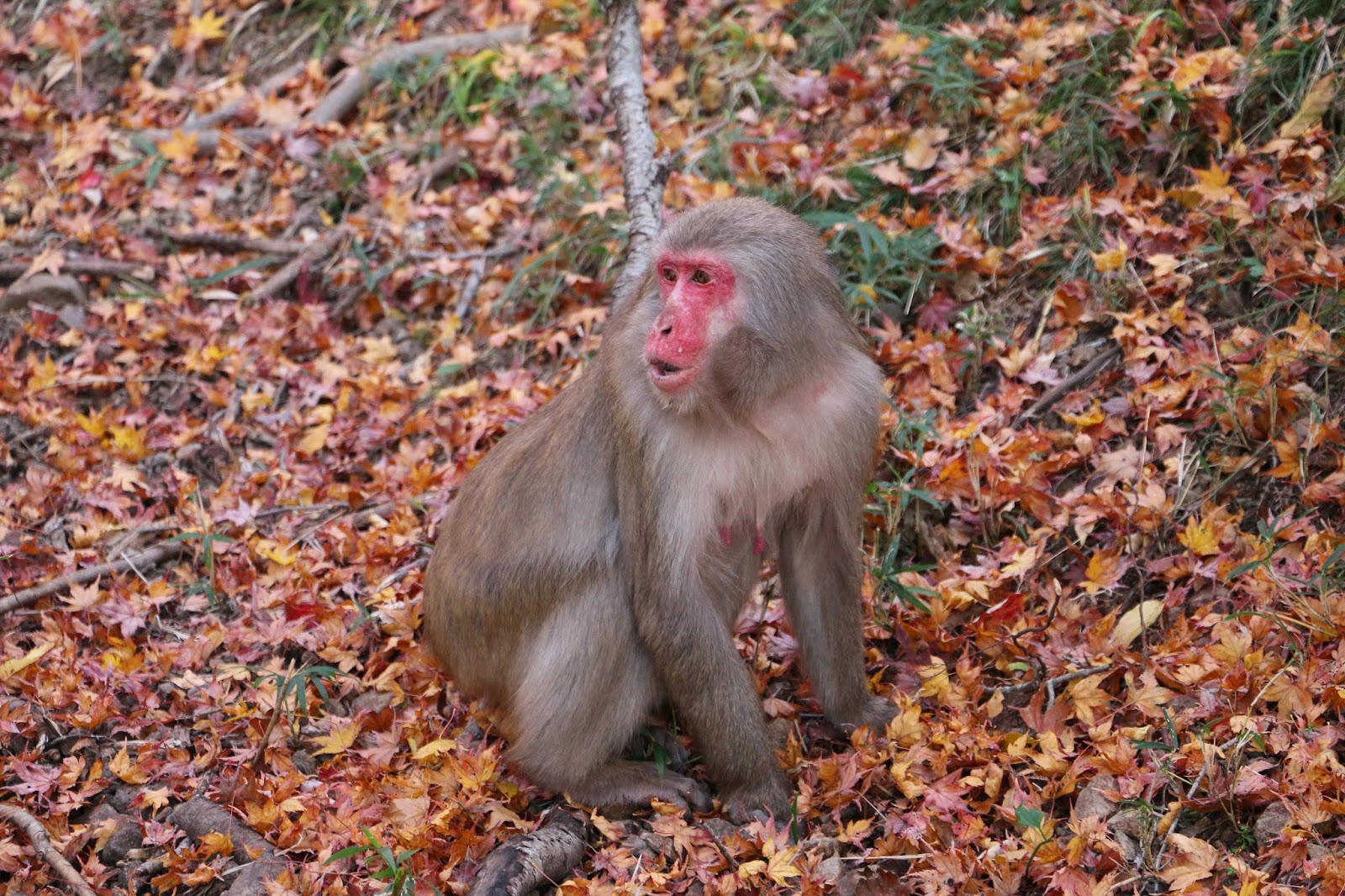 The came past in a steady stream, mostly along the same paved path that we were walking up.  Some were off to the side of the trail and a couple were traveling up in the trees.

The fall leaves were perfect and the lighting was such that the canopy was glowing as the sun was hitting them.  The pictures really don't capture how stunning it was. 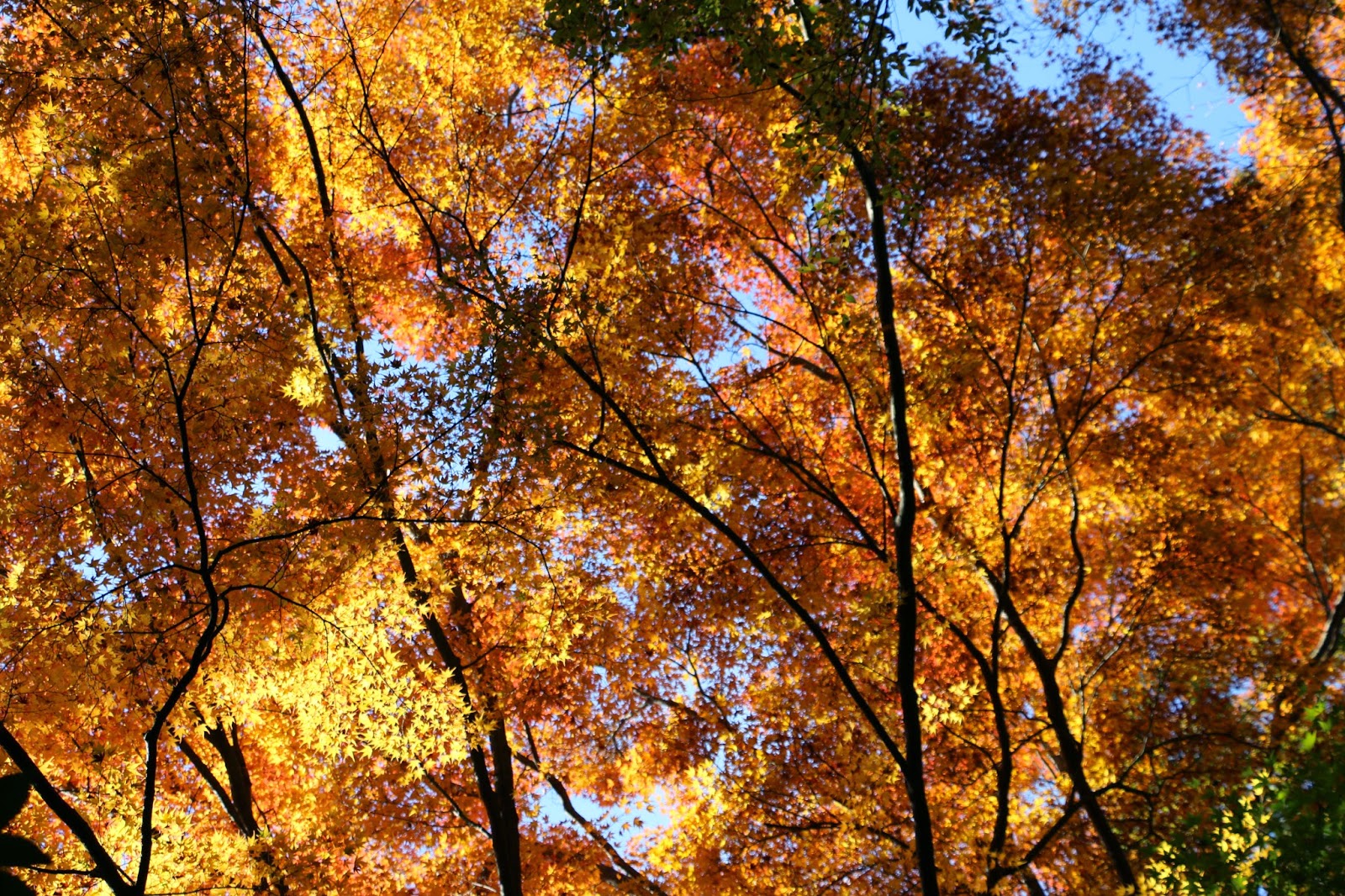 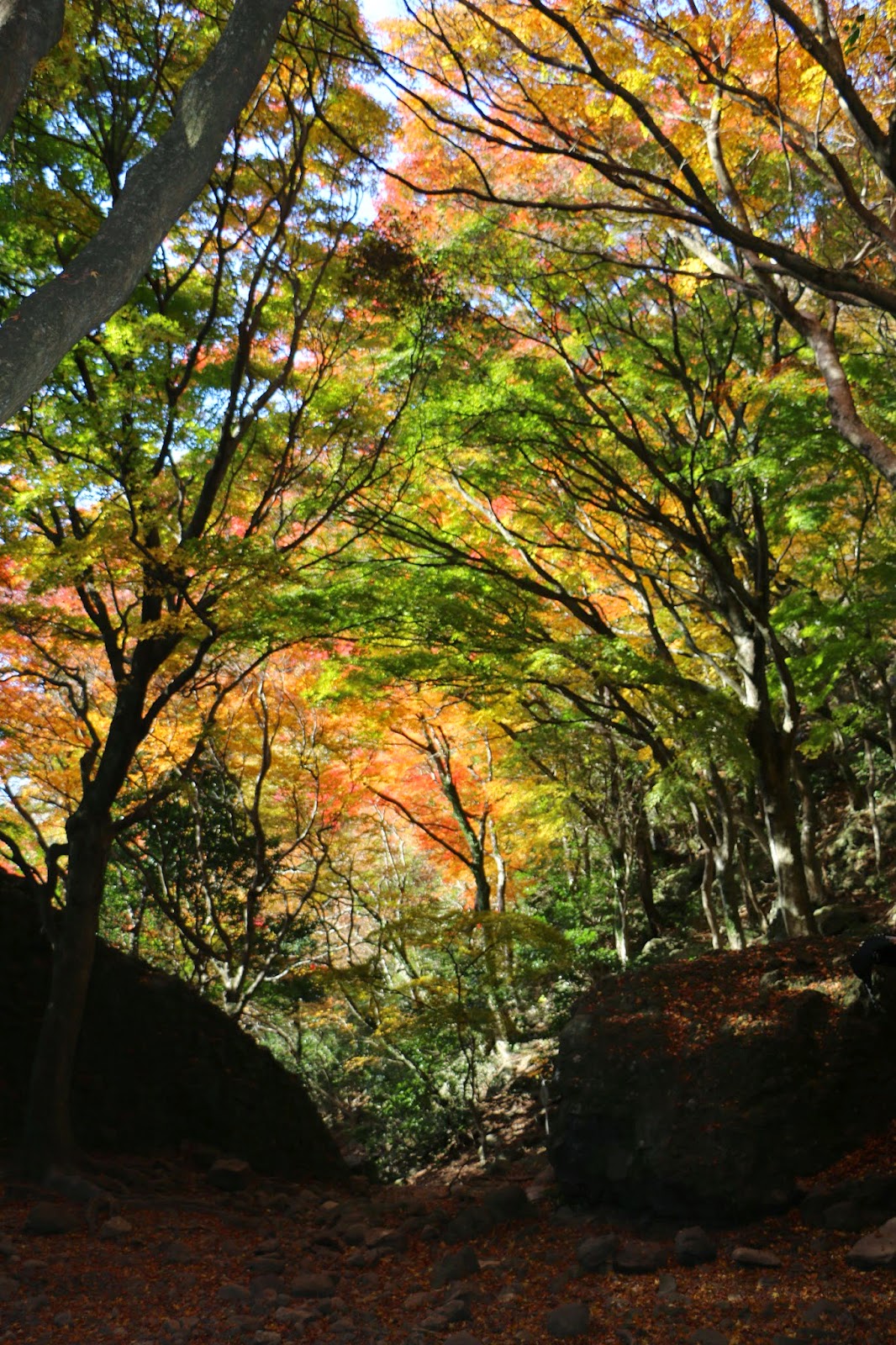 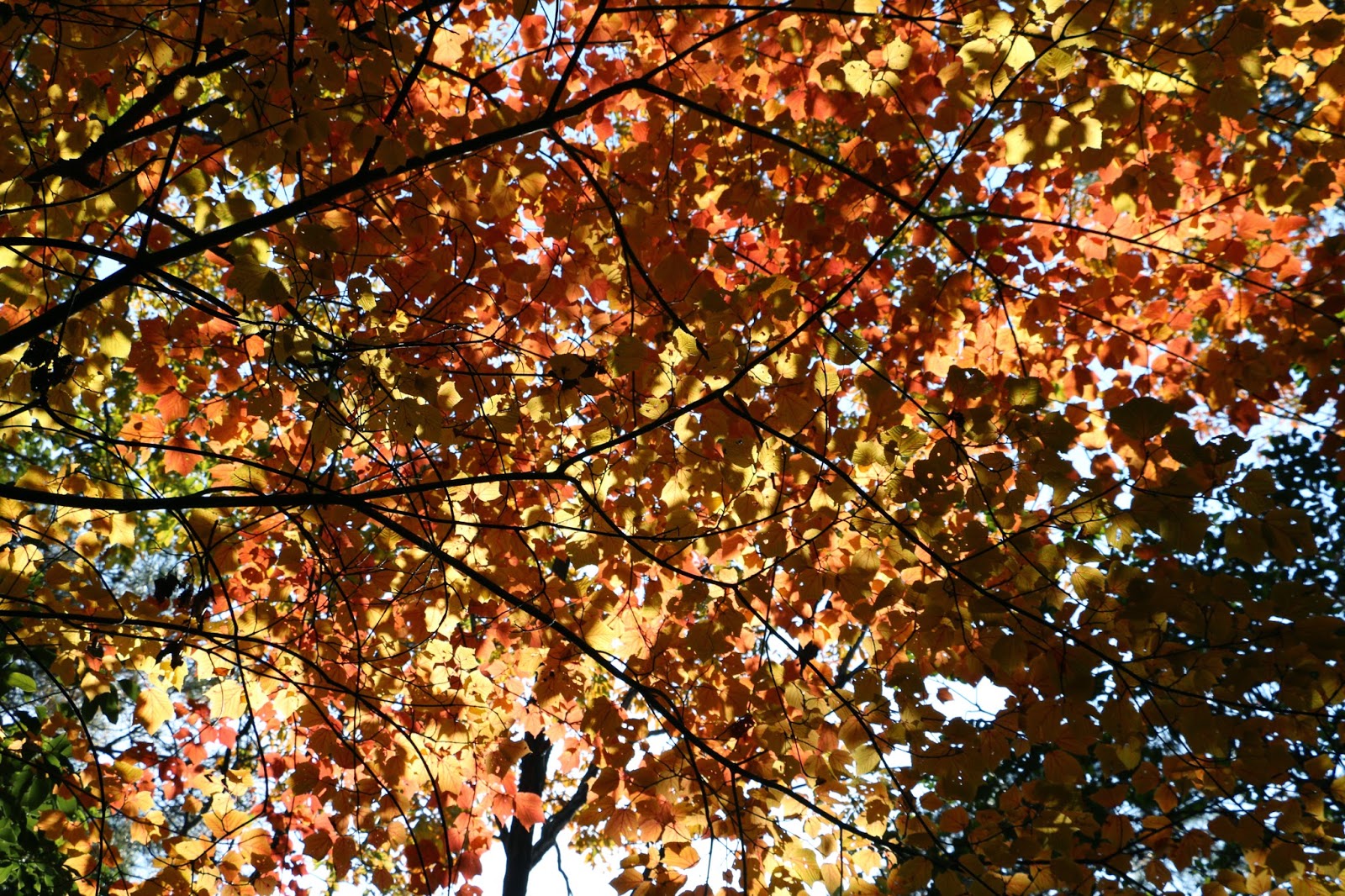 It was a little shy of 2k up to the top of the gorge.  It was pretty steep but it was beautiful.  One of the things that cracked me up (and I wish I would have taken a picture of it) was the signs along the trail that pointed out the viewpoints and even had a laminated picture on display to show people what they should be taking a picture of.  Most of the Japanese hikers were very diligent and took pictures where the signs indicated.  I was a little more rebellious in my photographic habits.


Once we had reached the top we realized that there was actually a road that went all the way to the top, not just a rope way.  There were throngs of people and there was a large building full of food vendors and souvenir stands.  We took advantage of the food sellers and got some gioza (pork filled steamed dumplings) that were delicious!
After our delightful snack we decided to hike back down instead of taking the ropeway.  I had some crackers in the back pack and some water bottles so it seemed like we might as well continue our hike.  There was a different trail that we could take down than the one we went up so it seemed like a good idea to make a loop out of it.  The second trail ended a bit lower on the gorge than the trail we went up but we thought we might be able to catch a bus where it spit us out.

Our trail spit us out on the main road quite a bit below where we started but still about 6k from town.  I'm not entirely sure who botched this one but we wound up walking back all the way to town.  Overall that put us at about 12 k for the day.  It was a lovely day but a little farther than I really wanted to go.  Once we got back to town we caught a bus, caught the ferry and rolled back to home right around dinner time.  It was a great over night trip!


Posted by skysworldadventures at 11:31 PM